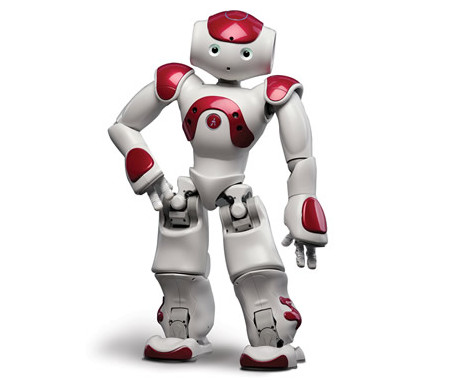 Robots do seem to shape up to be a rather common occurrence in this day and age where the toy market is concerned – and the robots of today are on a totally different level as opposed to what we used to play with back in the day when were little children. Back then, the robots did not come with any kind of remote control – rather, they just ambled about aimlessly, with both hands flailing up and down, while the head rotates left and right – only to change its direction whenever it bumped into an obstacle. Certainly the $7,900 International Research Robot is an impressive piece of work that will carry a far heavier burden of expectations, doesn’t it?

The International Research Robot will stand at 2′ in height, where it has the smarts to be able to respond to more than 500 voice commands – and not only that, across 19 languages. How cool is that? In other words, the International Research Robot is poised to be the most widely used robot for research and education purposes, and the only reason it exists today can be attributed to eight years of development from a global, open-source community of programmers. In fact, this robot will boast of its very own library of behaviors, with the user being able to download new routines via a WiFi connection.

Other hardware specifications of this particular robot would include points of articulation in its limbs that are so precise, this unique robot is able to actually pick up and hold objects with its hands, walk across multiple floor surfaces, or even scratch its head when puzzled. Heck, knock it over by accident and it can stand up, now how about that? A couple of integrated camera sensors would enable it to learn to identify items, obstacles, and faces, while the directional microphones recognize human speech and lets it to respond from an internal speaker.

There are also surface-mounted tactile sensors which will respond to touches like a pat on the head, whereas infrared emitters help it turn on appliances remotely at its owner’s command. A three hour charge results in up to 90 minutes of operation.