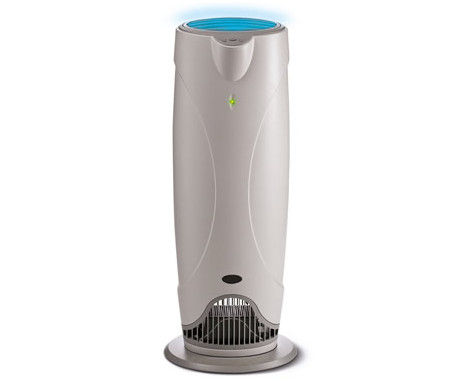 Despite the best efforts by various quarters from different people around the world to keep our planet sustainable – at least for the next generation, it is still not enough. There is a whole lot more that can – and should be done, and if everyone were to do their bit, it would be a much better place. The very air in which we breathe in is not all that pure unless you happen to live in an untainted area, so this is where technology comes in handy to help us out. Being different from the other air purifiers (as you can probably tell by its name), the $499.95 Influenza Virus Destroying Air Purifier happens to be an air purifier which relies on UV light in order to destroy the influenza virus – in addition to a slew of other harmful allergens, impurities, and bacteria.

Do not be fooled by its slim size, this particularly powerful purifier will be able to do away with 99% of airborne germs in an 800′ sq. room thanks to a three-phase cleanse every 20 minutes. The fan will draw air into the tower, with baffles slowing its speed to ensure a thorough treatment. The Influenza Virus Destroying Air Purifier has received clearance by the FDA for the medical-grade destruction of bacteria, as it relies on ultraviolet rays – the same kind of technology trusted for sanitation in the health care industry, to disrupt the seasonal flu virus, H1N1, and other causes of respiratory illness, whereas the presence of a titanium-dioxide coating breaks down odor-causing volatile organic compounds. There is a carbon-treated screen which will trap dust, pet dander, and other allergens, where you then end up with a cleaner, healthier environment.