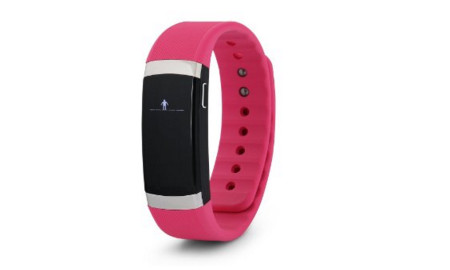 The world of wearable technology has certainly gotten a whole lot more competitive in recent times, which is not a bad thing at all. On the contrary, one can say that it is a good thing to happen to us, as there are so many different other kinds of devices which will be able to help make our lives more streamlined and focus. For instance, if you have always wanted to shed some kilos from the waist, but do not really know how much minimum physical activity that you should clock during each “shift”, an activity tracker would definitely do you a whole world of good. InBodyBAND, a name that has dealt with body composition analysis for quite some time already, has just launched its very first fitness wearable that is known as the InBodyBAND.

What makes the InBodyBAND so different from the others in the market, or at least being more than a simple activity tracker? For starters, it will be able to come up with your body composition (touted to be the only fitness wearable to do that to boot!), including body fat and muscle mass. Of course, one should not forget the fact that it will merge activity tracking with body composition data in order to serve you daily, weekly and monthly reports which will measure overall progress toward your fitness goal(s).

The capabilities of the InBodyBAND include measuring fat, muscle mass and body fat percentage through the use of Bioelectrical Impedance Analysis (BIA) and electrocardiography (ECG) in order to measure one’s heart rate. With the implementation of a quartet of electrodes, the InBodyBAND will collect the body composition data in under twenty seconds, track real time activity such as steps, distance, active time and calories burned. Other features will include automatic sleep monitoring, smart alarms, phone notifications and ranking capabilities to compete with other users.

After all, there is nothing quite like some bit of healthy competition to spur yourself on in the battle of the bulge, right? This water-resistant device will display its results on its digital screen or on the free iOS and Android compatible app. With an average battery life of up to eight days, the InBodyBAND will arrive in small, medium and large sizes across black, grey, orange, plum, and pink shades.