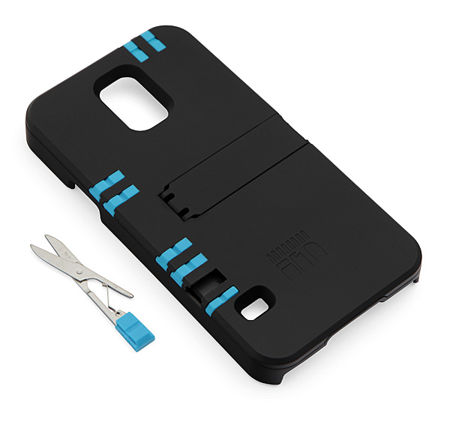 So, you have gotten yourself one of those high end smartphones from Samsung, with the latest model being known as the Samsung Galaxy S5 – although even that handset has already been out for some time now. Well, nothing pours cold water on having a brand new smartphone than to see it scratched or stained. Perhaps having a protective case would go some way in ensuring it looks pristine, right? This is where the $44.99 IN1 Multi-Tool Utility Case comes and in handy, and guess what, it will cater only for the Samsung Galaxy S5, and nothing else.

Those who are interested in picking it up will be able to choose from black, blue, pink, or white tools, where it will also come with a clear case alongside black, pink, or white tools. Each purchased multi-tool will come with a blue ballpoint pen, red ballpoint pen, Phillips-head screwdriver, flat-head screwdriver, nail file, tweezers, scissors, toothpick, and a kickstand, now how about that for versatility? However, it does sound rather disgusting to have a reusable toothpick being slotted right into your smartphone. Perhaps if you do it often enough in front of everyone, they might want to stop wanting to borrow your handset.