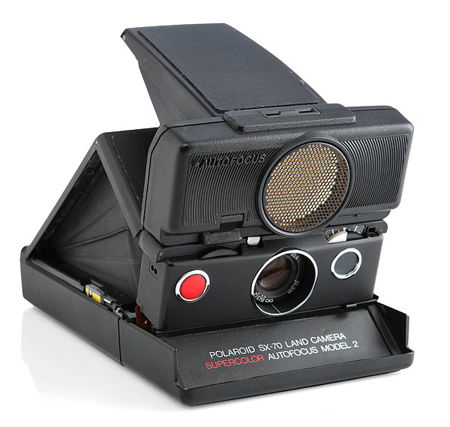 Do you like to go retro when it comes to the world of gadgets, just like you do where fashion is concerned? If you have answered in the affirmative, then it would bode you well to check out the $319.99 Impossible SX-70 Folding Black Sonar Camera. This is a refurbished SX-70 Black Sonar camera, where it will come with manual focus (take that, all of those who want nothing but automated devices in this day and age!) with a wheel, with the option for autofocus via sonar. Apart from that, it will also be compatible with SX-70 film alongside 600-type film whenever it makes use of an ND filter.

This is certainly the ideal tool to have when it comes to introducing the younger generation to what we call a Polaroid camera, or instant photographs. After all, before the digital camera revolution came about, the instant photograph was truly a wonder to behold, and Polaroids were the ones to make it popular, as there was no longer any need to head to a dark room to develop your photos. The Impossible SX-70 Folding Black Sonar Camera might be refurbished, but it is as good as new, offering shutter speeds from >5 sec to 1/180 with an aperture of f/8f/90.