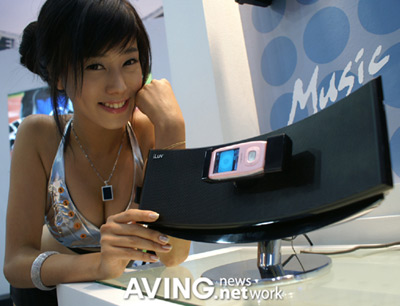 iLuv has shown some hot new produts at SEK 2007 in Korea, and among them was the new docking system “iLuv Wing”. This docking station is fully compatible with both Samsung’s Yepp T9 and Apple’s iPod, and has an interesting design, with its ‘wings’ surrounding your player. One of the coolest features is that you can turn the dock connector horizontally to watch your videos, movies or TV series in a widescreen. 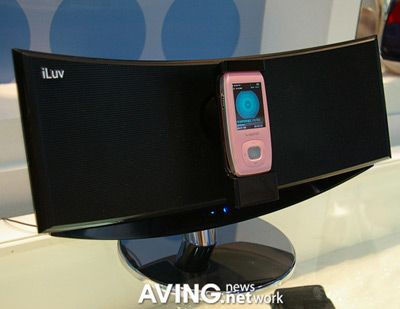 I think it look’s great, but the iLuv Wing is not all about looks, as iLuv is known to be a high quality maker of accessories for Apple iPod and other MP3 players. The iLuv Wing supports a maximum of 20W output. We don’t have more details on this one, but we’ll post more information here as soon as we find out.