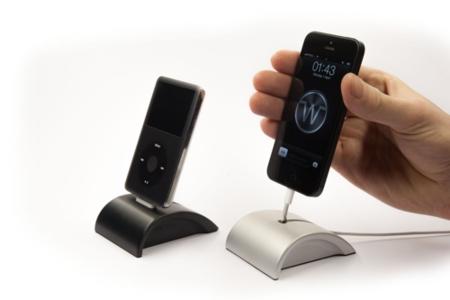 Newly created Wiplabs Design LLC has huge plans for the future, and in order to kick things off, they will first need to launch their maiden product that they have dubbed the iDockAll. IdockAll will not be made available to the masses right away, as it needs to have that crucial user base before things can happen at the production line, considering how iDockAll is a crowd-funding project over at Kickstarter. Just what makes the iDockAll so special from all the other docks that are available in the market? For starters, the iDockAll dock will boast of a unique design which enables continuous charging of the iOS devices. For the layman, that would mean you are able to answer calls even when your device’s battery is running low, checking out private messages while synchronization, writing emails on the iPad, just about anything and everything is possible.

In a nutshell, you can do all of the above mentioned while ensuring that the lithium battery is being charged up. The iDockAll sports a minimalistic design that is so well executed; users might actually figure out that the iDockAll was a creation by the folks over at Apple themselves. The iDockAll project kicked off on Kickstarter earlier this month, and it has until the end of June to gather the relevant funds.

Here is a little bit of context on how the iDockAll came about. Apple enthusiasts Nathalie De Clercq and Kevin Wippermann are old mates who hail from Belgium and were frustrated with the difficulties of docking and displaying their iOS devices (be they iPhones, iPads or iPods) considering how docks kept on changing with each device iteration released. March 2013 proved to be the turning point, as they decided to tackle the issue themselves, resulting in the iDockAll. This is the maiden non-constraining dock that plays nice with the whole iOS product range (Lightning and/or 30pin connector) and their covers, and in line with Apple’s design philosophy, it has been crafted out of a single block of aluminum for that added touch of class.