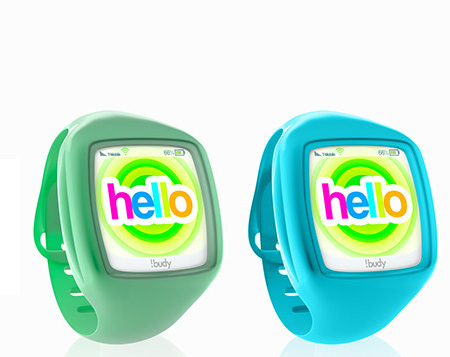 Children can be quite an energetic bunch, so much so that some of them happen to require extra care to keep track of whenever you and the rest of the family head out to a particularly crowded area. Having said that, it might be way too early to introduce the wonders of a smartphone or smartwatch to a child, which is why parents might be on the lookout for an alternative way of keeping in touch with their little ones, without the disadvantages of using a smartphone. Well, perhaps this is where something like the iBudy would come in handy, offering all the benefits of a smartphone sans its disadvantages.

With the iBudy that runs alongside its iBudy app, parents can actually keep track of the child’s activity by following his or her location, route, among others. It make the task of hunting down the child in places that tend to be overly crowded, such as at a park or at the beach, where this is made possible thanks to the integrated smart compass.

Apart from that, parents and children can communicate with one another through the sending of text messages or emoticons, and you will be duly notified should your little one approach or leave a trusted area. In addition, you will be alerted should the child be in need of help of some sort.

On the child’s side, the iBudy can be customized to feature a collection of fun characters and colors that will help it deliver a unique experience, while teaching the child to walk the ropes of being more independent and responsible, since the latter would require to have the child evolve his or her iBudy by doing as many things as possible each day. Since there is no contract to sign with iBudy, that equals to no commitment as well, as parents can select from a choice of a subscription or a prepaid card with the operator of their choice. It will make use of low frequencies (EDGE / 2G), is waterproof and shock resistant and has been specially adapted to children’s morphology.