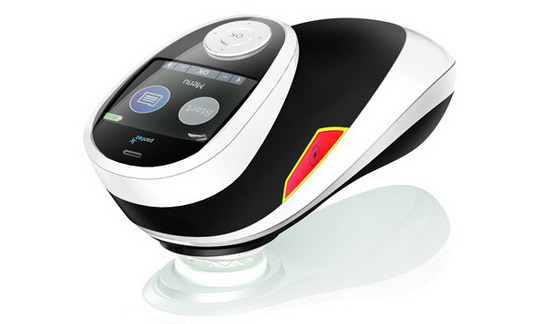 Nothing I like reporting more than reporting on tech from science-fiction that becomes science fact. Especially when it comes to Star Trek, the original series.

Sure the original series just looks bad if you watch it now, and we still haven’t got most of that technology. Sure, most of our cellular phones look like James T. Kirk’s communicator, but as far as hypodermics are concerned, there are still needles. Not like Dr. McCoy’s spray vaccinations that we would like to see being used today.

Until now, at least. In fact, this particular needle-less hypos use phasers! Actually, it doesn’t, but it it does use lasers. These lasers bore holes so tiny that you won’t even feel it go through the skin and cure your diseases.

This is the painless epidermal system, other wise abbreviated to PLEASE. Yes, it isn’t a perfect acronym, but hey, do we need one? After all, wouldn’t injections without needles please everyone?

After all, I remember taking my newborn daughter to a routine checkup, and it was like a stab-fest.

Best of all, there isn’t that weird spraying sound that comes from using those Star Trek hyposprays. Yep, apparently the use of lasers means that there is no noise.

I wonder if you can give the hypospray injections through uniforms. It never made sense how they could do that.