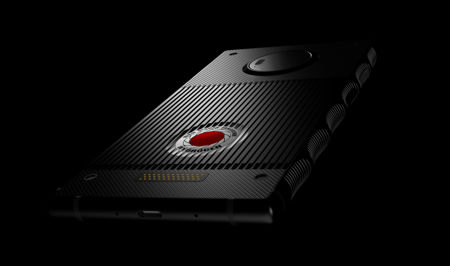 Have you seen enough science fiction movies to imagine mega-cities of the future deliver a sensory overload, especially in the visuals department? Holographic projections could be the next big thing, but we are far from such implementation in real-life at the moment, although devices like the Hydrogen One holographic media machine are certainly a step in the right direction. RED has just announced that AT&T and Verizon in the United States, and Claro and Telcel in Latin America, will carry the extremely portable Hydrogen One holographic media machine for those who are interested.

Do bear in mind that the Hydrogen One is more than just a smartphone, in fact, it is actually a tool for doers, makers and content creators. What does the Hydrogen One feature? For starters, it provides a 4-view holographic experience that is superior to that of 3D, all without the need for any glasses whatsoever. This translates to front and back 4-view recording capability, even as you capture images, videos, and selfies. There is also a proprietary A3D algorithm that converts audio into expansive, 360-degree sound, whether using headphones or not. Surround sound used to require a room that is packed to the rafters with equipment, but no longer.

The Hydrogen One will also boast of a modular system that has stackable modules, paving the way for a future cinema-capable camera in the pocket and an extended battery performance module. There are plans to work on many different modules down the road, and with a choice of either a titanium or aluminum model, you can be sure the Hydrogen One is a beauty to behold. Either choice will be accompanied by Kevlar panels, beautiful and functional RED-designed sides, as well as a 5.7” QHD holographic display, all running on the powerful Snapdragon 835 chipset.

Last but not least, there is the new Hydrogen network that allows the user to explore Hydrogen’s exclusive 4-view app. With content to view, games to play, and apps to download, all presented in holographic 4-view, you will certainly be spoilt for choice when it comes to mobile entertainment.