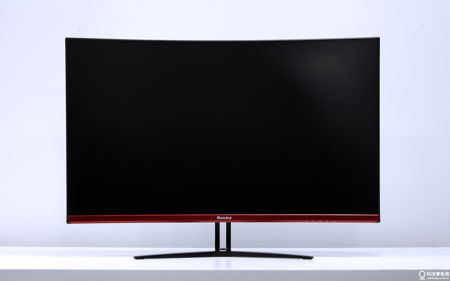 When it boils down to gaming, there is a ton of peripherals in the market that will be able to deliver an enhanced gaming experience. Audio is one, and the number of gaming headphones available to the gamer is a staggering amount, not to mention various kinds of gaming mice, gaming keyboards, and even gaming mousemats. Visuals too, play a very important role in sending the gamer headlong into a fictional environment, and the video card as well as processor will need to be up to snuff. However, some people do overlook the importance of a gaming monitor in elevating such an experience, which is why Huntkey has come up with its X3271CK curved gaming monitor.

The X3271CK is a 31.5-inch monitor that carries a resolution of 2560 x 1440 pixels, accompanied by a refresh rate of 144Hz as well as support for AMD FreeSync technology. Normally, Huntkey is associated more with peripherals for the computer and notebook, in addition to PC power supplies and power strips, and a monitor certainly makes it feel as though Huntkey is treading water in unfamiliar territory. However, the X3271CK curved gaming monitor is no pushover when it comes to performance.

With an aspect ratio of 16:9, this gaming monitor will be accompanied by a contrast ratio of 3000:1, a brightness level of 280cd/m2, with support for up to 16.7 million colors. It will feature DVI, HDMI and DP interface compatibility alongside a viewing angle of 178°. Just like how many TVs these days tend to be curved to offer optimal viewing from different angles as well as depth, the X3271CK follows a similar route with a curvature of 1800R. Arriving in a choice of either black or red shades, the X3271CK tips the scales at 8.35kg while measuring 718mm x 506mm x 233mm. Setting up the X3271CK is a snap: all that one needs is a screwdriver in order to fix the stand to the base, and you’re good to go. Once done, the hexagon slot at the back of the monitor will slide into the stand in one quick motion without any further need for tools.