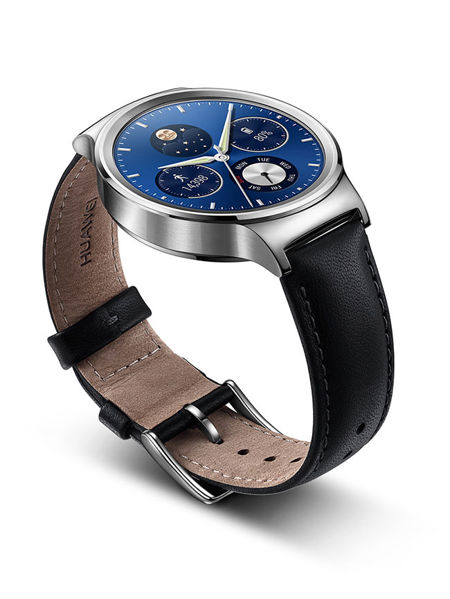 Don’t you love the story of an underdog winning? It surely warms the heart, going to show that Davids of the world still have a chance or shot at glory when they go up against the equivalent of a Goliath in a particular context. Having said that, the smartwatch market is a certainly interesting one, especially when we have already seen our fair share of hardware manufacturers jumping aboard. In fact, it was speculated that Apple might actually sweep all before them with the reveal of the Apple Watch, but that has not happened, giving more than a glimmer of hope to other manufacturers to roll out their own smartwatches. Huawei is one of them, and the Huawei Watch is certainly a thing of beauty.

The Huawei Watch is pleasing to the eyes thanks to its classic design, which obviously received inspiration from Swiss timepieces, and it is all set to go on sale in Canada, Germany, France, Spain and Italy this month priced between €399.00 and €699.00, where the final sticker price tag depends on the design features chosen. The Huawei watch can also be pre-ordered if you happen to live in the US, while folks who reside in the UK, Japan and UAE will be able to pick it up some time in October.

With the Huawei Watch, you will be able to remain connected regardless of where you are, as you have access to details such as notifications of calls, texts, instant messages and emails right there on the wrist itself. The timepiece has been crafted using sophisticated materials, and the watch boasts of a fully circular 1.4” touch-sensitive AMOLED display, where it is coated in scratch-proof sapphire crystal and a cold-forged stainless steel frame. This premium timepiece has a design that truly embodies the space where fashion meets technology. It will also run on the latest version of Google’s Android Wear, and both Android and iOS users can hook up to it.

2 thoughts on “Huawei Watch is a stunner”