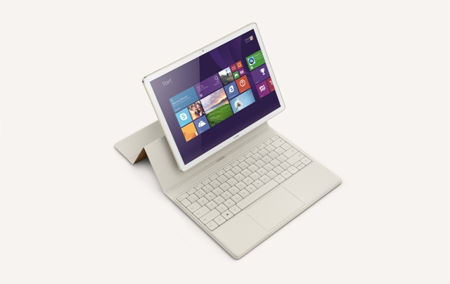 The world is all about convergence devices these days, and it goes without saying that when it comes to mobile devices such as notebooks, a simple notebook capability or function simply isn’t enough. There has been advancements in this particular area before, involving the use of a very flexible hinge that enables the notebook to be shown off in different modes like a tent, or even to lay it flat. As for the Huawei MateBook, it is being prepared to be ready for action over in the US as well as Canada fro July onward.

Huawei Device USA, a division of Huawei Consumer Business Group, has just announced that Huawei MateBook will be available for purchase this coming July 11th in both of the mentioned territories, and pre-orders of Huawei’s first 2-in-1 PC have already kicked off via Microsoft Stores as well as its online presence. Of course, one can also look to picking up the MateBook from Amazon.com and Newegg.com from the middle o July onward.

The MateBook will be powered by Windows 10 and it runs on a 6th Generation Intel Core m-series processor, sporting a metal unibody that tips the scales at all of just 640 grams, while measuring 6.9mm thin. The MateBook boasts of an immersive 12-inch touchscreen display with a 2160 x 1440 resolution and 160-degree viewing angles, while it also sports a USB Type-C connector alongside an ultra-fast fingerprint sensor for security purposes.

Specially meant to meet the evolving needs of today’s modern business users, the Huawei MateBook happens to be an ideal mobile productivity tool which will seamlessly integrate portability, high efficiency, work and entertainment. One can pick it up in multiple configurations as well as take their pick from a couple of colors: namely gray and gold. Priced from $699 onward, the MateBook will be able to deliver an ultra-thin, stylish computer which leaves the door open to enjoy the flexibility of a convertible device and the power of a PC.