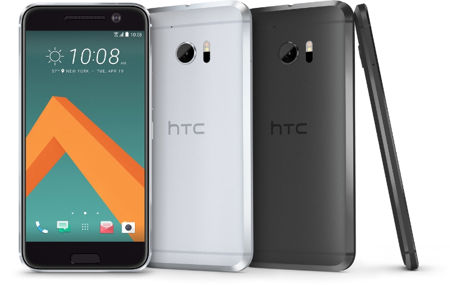 When it comes to the smartphone industry, HTC of Taiwan has had its fair share of ups and downs, and at one moment in time, it felt as though the company was invincible back in the early days of Android. However, the landscape has changed significantly, and now it looks as though HTC is slugging it out for its survival. With the likes of Samsung, Sony, and even LG revealing their flagship smartphones for the year earlier on, does HTC have a chance with their latest HTC 10, coming in relatively late into the game? We will take a closer look at it right after the jump.

For starters, the HTC 10 does seem to be able to deliver just about everything that you would want from a flagship device. After all, it sports a world-class camera with gold-standard audio, a bold new metal unibody design as well as unparalleled performance with the Snapdragon 820 chipset underneath the hood, although users will find that there is another HTC 10 model released for those living in Latin America and various less developed markets, which will run on a slower Snapdragon chipset. Bummer!

The HTC 10 is a very different beast from its predecessor, the HTC One A9. but that is good news. It boasts of what HTC deems to be the best smartphone camera available on the market at the moment, sporting the first optically stabilized, larger aperture f/1.8 lenses on both the front and rear cameras in the world, new larger sensors, 12MP UltraPixels (1.55um per pixel), faster laser autofocus that powers the main camera and a wide angle lens and screen flash on the front UltraSelfie camera.

This camera can be launched in a mere 0.6 seconds, and a 2nd generation laser autofocus provides you with the ability to focus shots faster, making sure you do not miss an important moment. Merge that with vivid 4K video alongside the world’s first stereo, 24-bit, Hi-Res audio recording, and you’ve got quite the winner here. It also has a headphone amp that delivers two times the power of a conventional headphone amp, with the ability to upscale from 16-bit to 24-bit audio as well as high performance digital to analogue conversion.

Other features include re-engineered HTC BoomSound Hi-Fi edition speakers, a next generation Quad HD display, 4G LTE connectivity, Boost+ that makes your phone faster and consumes less power, Rapid Charger capability, AirPlay support, 4GB of RAM and 32GB of internal memory. Prices start from $699 a pop with shipping to commence this May.