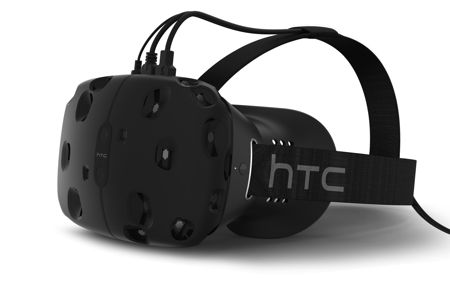 HTC, the Taiwanese smartphone company that has come up with its fair share of devices in the past – ranging from smartphones to a tablet and phablets, is back this time around – albeit they would be dabbling in the realm of virtual reality (VR). Thanks to a strategic partnership with Valve, HTC intends to transform the way in which consumers will interact with technology, as well as the world around them with the debut of HTC Vive. The HTC Vive Developer Edition is touted to arrive later this coming spring, where those who are on the lookout for the consumer edition will be able to wrap their fingers around one of these puppies some time at the end of this year.

The HTC Vive will merge Valve’s Steam VR tracking and input technologies alongside HTC’s world-renowned design and engineering talent, which happens to be a new gold standard when it comes to an industry that has had its fair share of growing pains – where even until now, is experiencing struggles to to go beyond that of the concept stage.

The HTC Vive is touted to offer the most immersive experience of any VR package, where users would be plunged into other worlds right off the bat. HTC and Valve teamed up to introduce a Full Room Scale 360 Degree Solution with Tracked Controllers, which would let you get up, walk around and explore your virtual space, not to mention the ability to inspect objects from every angle as well as truly interact with your surroundings. This marks a spanking new benchmark when it comes to performance, as the headset itself boasts of high quality graphics, 90 frames per second video and incredible audio fidelity.

Not only that, HTC is working on rolling out new wireless VR controllers which will enable you to feel one with your virtual environment. The new HTC VR Controllers will arrive in a pair and have been specially designed to be so versatile, so much so that they will play nice with a wide range of VR experiences. Being different from standard game controllers, the HTC VR Controllers happen to be simple and intuitive to use, as everyone will then be able to make the most of their experience.

It does look as though the HTC Vive will be able to deliver a whole lot more than just catering to the gaming environment, and we cannot wait to see what the future holds.