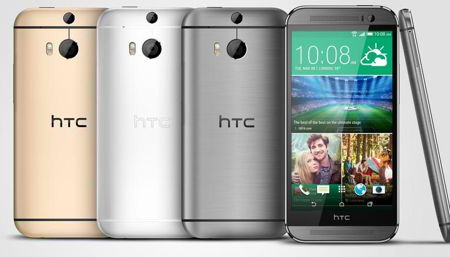 The folks over at HTC have certainly shot into prominence a number of years ago, when they spearheaded the Android-powered smartphone challenge, and have come up with their fair share of hits along the way, with very few misses. It did seem as though HTC could do no wrong at one point in time, but history has shown otherwise, as HTC failed to build on their momentum, and with the release of subsequent handsets that did not hit the mark, it dampened the mood in the company even further. While there have been redeeming handsets such as the HTC One M9, those failed to reverse the sharp decline, but this does not mean that HTC has thrown in the towel just yet. In fact, HTC has just introduced a bold new choice for those who want stunning design without compromising on style, performance or personalization in the form of the HTC One A9.

The HTC One A9 is certainly a handset that is a sight to look at – it stands out from the crowd, merging striking contours on the outside with the newest features of Android 6.0 Marshmallow with HTC Sense on the inside. Hopefully it will be a winner with the following hardware specifications.

The HTC One A9 comes in an elegant dual finish, where it is available in Carbon Gray, Opal Silver, Topaz Gold and Deep Garnet shades. There is a 5-inch, edge-to-edge, 2.5D Corning Gorilla Glass 4, Full HD AMOLED screen which cascades into the metal frame, resulting in brighter and more vivid colors that will certainly please your eyes. Apart from that, the main 13MP rear camera delivers Optical Image Stabilization (OIS) that helps to minimize handshake automatically while correcting vibrations so that each shot is crystal-clear, whereas the UltraPixel camera in front offers the best self-portraits regardless of the lighting condition, making use of HTC’s UltraPixel sensor to capture 300% more light than conventional smartphone camera.

Your ears will also love the HTC BoomSound alongside Dolby Audio surround technology, and it will arrive in either 16GB or 32GB configurations, where the internal memory can be further augmented to 2TB in capacity through a memory card slot. Right now, the HTC One A9 is made available at a promotional price point of $399.99 a pop.