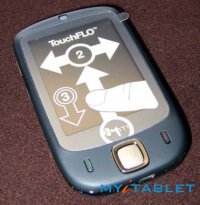 If you’re a big fan of HTC smartphones, then you ought to be excited to know that HTC has a slew of of handsets waiting in the wings to be released upon the masses. HTC are also big on fancy names – at least those are a whole lot easier to remember compared to fancy calling cards that are attributed a convoluted combination of numbers and alphabets. Some of these new handsets have already been released, but those were not CDMA versions. To get the ball rolling, we have the HTC Vogue, Iris, Kaiser, Volans, Polaris, and Sedna.

Subscribers to CDMA networks will probably benefit most from this HTC roadmap, and we shall take a look at the aforementioned smartphones in order to get a better idea of what’s coming our way. First off we have the HTC Vogue, which shares all the same specifications as the HTC Touch save that this is the CDMA version. The Iris on the other hand, is an upgraded version of the Excalibur, boasting a 2 megapixel camera, 256MB ROM, and assisted GPS to keep you on track even in unfamiliar territories. The HTC Kaiser is another smartphone that boasts WiFi connectivity, a generous 2.8″ display, quad-band GSM/EDGE, and HSDPA connectivity. The VGA camera in front works great for video calls, while the still camera packs in 3 megapixels worth of data with each shot.

The HTC Nike (I wonder if the sporting giant will have its lawyers scrambling already) will share most of the features as the Kaiser save for its ability to slide open, revealing a number pad while the Kaiser displays a QWERTY keyboard instead. The HTC Volans comes with a numeric keypad on the face with a QWERTY keyboard hidden underneath the sliding mechanism. Both Polaris and Sedna share a 3.5″ display, GPS function, and a 3 megapixel camera. With so many models to choose from, which would you pick assuming you give the iPhone a miss?