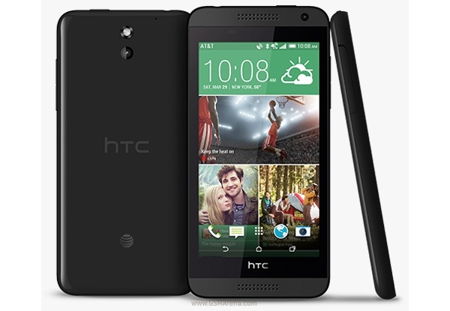 When it comes to smartphones, there are a few different tiers to choose from – starting with the entry level to the mid-range, and then there is the high end side of things. Needless to say, smartphones that reside in the high end hierarchy will more often than not cost more than half a grand unlocked, and is one of the more expensive ones even when it is bought on contract. The mid-range market is a highly competitive one, as it does deliver decent levels of performance without breaking the bank – functionally good, I would say, like the Motorola Moto G. Well, HTC is a company that did hit its heights some years back before dropping into the doldrums, but they did at last get back in the black recently, thanks to the strong showing by the HTC One M7 and M8 models. This time around, it is a mid-range device that will take centrestage, known as the HTC Desire 610.

The HTC Desire 610 will work on AT&T’s 4G LTE network, ensuring that you get to enjoy blazing fast speeds without missing a beat. When July 25 rolls around, one is able to place an order for the 4G LTE capable HTC Desire 610 online or in AT&T stores for $199.99 at no annual commitment pricing. The smartphone itself is also made available with AT&T Next 18 for as little as $8.34 each month, or you have the option to own one at only $10 per month thanks to Next 12. Not only that, there is yet another affordable option, where the AT&T GoPhone HTC Desire 610 is going for just $199.99, and the GoPhone prepaid packages are good for 30 days.

Just what kind of hardware does the HTC Desire 610 pack? Well, it boasts of a 4.7-inch display and front facing stereo speakers, delivering immersive audio, supports HTC BlinkFeed and Zoe, runs off a quad-core 1.2GHz Snapdragon 400 processor, has 1GB RAM, an 8-megapixel rear camera and the 1.3-megapixel front facing camera, 8GB of internal memory which could be enhanced thanks to a microSD memory card slot, all of it running on Android 4.4 KitKat.