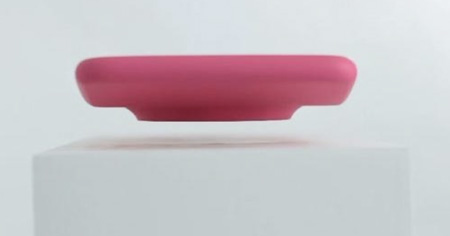 Hopefully, you remember the most recent flying car that we reported on, the YEE. I believe that I mentioned how it is almost 2015, and we don’t have all of the cool stuff shown us in Back to the Future II.

Flying cars is just one example, and the other is hoverboards. I once heard that before the successful film sequel was released, there was an attempt to start a rumor saying that hoverboards were real, and that the only reason why they weren’t on the market was because too many parents’ rights groups complained.

According to the Back to the Future DVD 3-disk collection, hoverboards are not real, until now, at least. A French artist named Nils Guadagnin has made one, and it uses an electromagnetic system to levitate the board itself and then lasers to stabilize it.

Unfortunately, the hoverboard won’t support a human being’s weight as yet. Hopefully this is one technologies that will be improved. I noticed that the artist gave the hoverboard a pink coating. He clearly wants Mattel to pick this up and market it to little girls, like the one in Back to the Future II. Yes, I’m looking forward to a hoverboard in the near future, and who knows, maybe using my foot to propel it will actually work.