As it’s been a wet and windy weekend here in the UK it’s given me the time to write up this totally serious guide on how to make a BBQ out of your dusty old PCs. 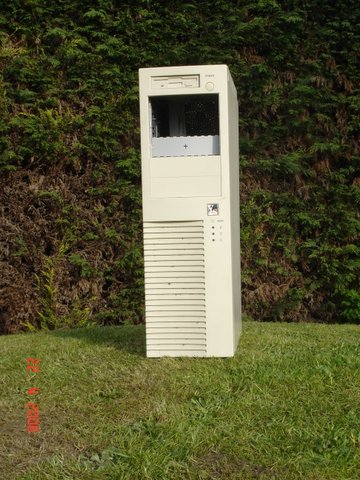 I find dual 350 mhz SCSI enabled tower to be an ideal candidate. This PC has been sat under my desk for years and had already had its disks salvaged. In it’s day it operated on 128MB of super slow ram (though I think even 32MB would suffice). Be sure to ask the owner of the PC if you can “borrow it” or make sure nobody is looking. 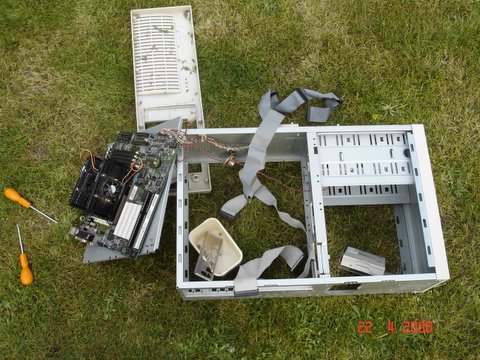 For this you’ll need a hammer and a very large screwdriver. Using the hammer carefully remove the motherboard from the inside of the machine, if it appears glued on by screws carefully prise it off using the oversized screwdriver. If you need to cut any wires you can always fix them later using glue or double sided stickie tape.

Be sure to stack all the bits that you removed from the PC on the patio table, and leave until it rains. That way the parts should be sparkingly clean for putting on ebay later. 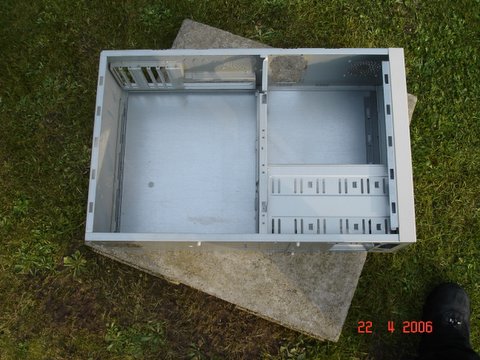 Make sure that all plastic is removed from the donor PC (stuff like face plates and floppy drives), otherwise these could melt spoiling the appearance of your garden grill. 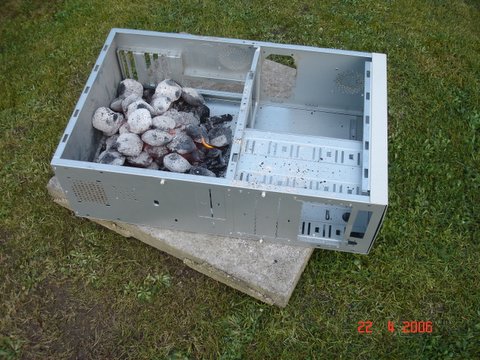 Position the PC on a flat (ideally raised) surface and add red hot burning coal (BBQ not household coal as that would spoil the taste). Steal the grill off your neighbours BBQ and put it on your PC (this is where the food will cook). 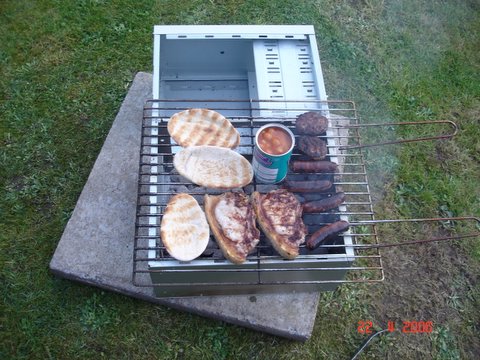 Step 5 – Add and Cook Food
Somewhere behind the beer in the fridge you should find some sort of meat, put 80% of the meat on the PC-BQ and drop the remaining 20% evenly on the floor or through the holes in the grill.

Cook food thoughly, turning whenever it appears black or flaming. With practice you should be able to lose another 20% through the slots in the grill.

And finally – Serve Food and Beer

Serve the food to your expectant guests and bask in the glory of being a supreme “Mr Make it” and outdoor chef.

Watch out for part 2 of this guide which shows you how to make a PC out of a BBQ.

Thanks to Alek of Komar.org for the original BBQ PC, though ours is better 🙂

If you never guessed I may of been a bit bored when doing this, so some what appropriately it’s been submitted to the cool I-am-Bored.com. 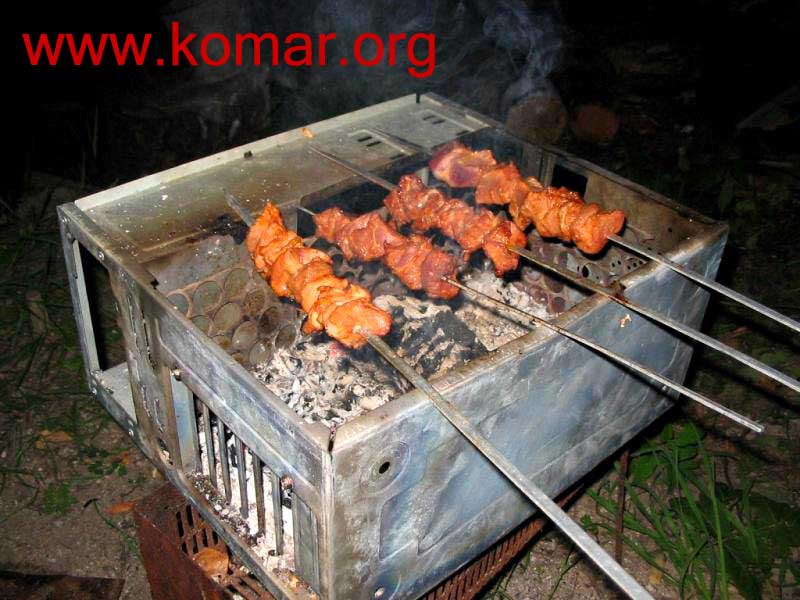