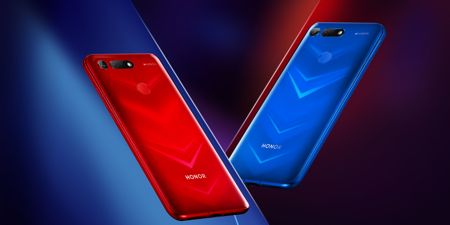 There was a time when the standard digital camera market was involved in the megapixels race, but thankfully that period is over. It spilled over to the smartphone market as well, making huge gains along the way in terms of performance and quality. Huawei has decided to up the ante this time around with the announcement of its latest flagship smartphone, the Huawei Honor View20. This is no ordinary handset, where it will boast of sophisticated features that are commonly found in a flagship handset, accompanied by unsurpassed design and style and a 48MP camera at the back.

Featuring up to 8GB of RAM and 256GB of internal memory in the high end variant (there is a lower end model with less RAM and storage space to keep in line with the trend these days), the Honor View20 lays claim to being the first handset in the world that boasts of a 48MP camera at the back and a 3D camera system, not to mention a front-facing 25MP camera that has been integrated into its display. The innovative All-View display design will not impact the display function, but delivers a notch-less viewing experience instead in order to achieve a stunning 91.8% body-to-screen ratio.

It is also Huawei’s first handset that utilizes advanced nanolithography technology, resulting in an invisible nano texture on the body. The nano-vacuum coating and invisible aurora texture process delivers a vivid and dynamic V-shape color gradient alongside a gleaming effect.

With a Sony IMX586 stacked CMOS image sensor underneath the hood, it delivers 48 effective megapixels on a 1/2-inch sensor. The TOF 3D camera at the back also lets the user create a new dimension in photography and videography, being able to calculate distance based upon the time-of-flight of a light signal, not to mention featuring functions such as depth sensing, skeletal tracking and real-time motion capture. Expect the Honor View20 to see a global launch this coming January 22.