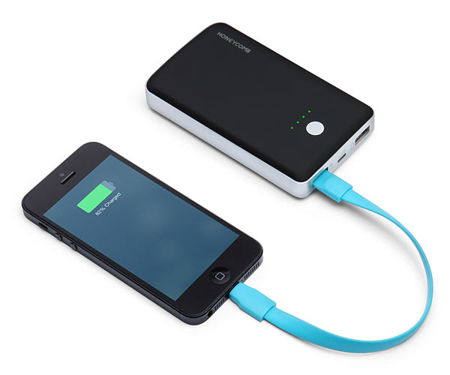 Let’s face it – no one over here would like to be stung by a bee. It is not only painful, but for those who are allergic to bee stings, it can be fatal as well. Having said that, you might actually change your perception of bee stings with the Honeycomb – Bee’s Best Charger. Arriving in $39.99 and $49.99 flavors, the Honeycomb charger comes in the form of the Dash100B and the Dash75B, where you will be able to juice up not one, but two devices simultaneously, now how about that for convenience and purpose? It does not matter whether the device in question is your tablet or smartphone, or anything that runs off USB power, the Honeycomb will get the job done once it is plugged in.

Not only that, the Honeycomb is also smart enough to detect your devices’ voltage capacity so that it can minimize the required charging time. In other words, your devices should be able to get up and running again in no time at all. The Dash100B will have a 10,000mAh capacity, while the Dash75B has a 7,500mA capacity, and there is also an automatic on/off feature so that no power is wasted throughout the entire process. An external battery level indicator tells you just how much juice it has left within the lithium-polymer battery, while the outside boasts of aircraft-grade brushed aluminum and soft-touch rubber coating. This is truly a portable power bank with a sting!