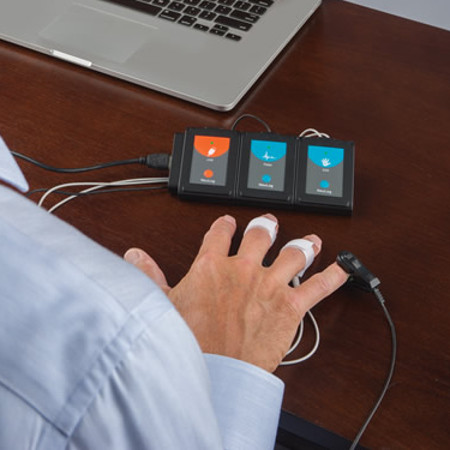 I would say that most parents would not find it to be an issue when it comes to figuring out whether your child is lying to you or not. After all, they haven’t quite mastered the art of lying just yet compared to us adults, and there is that aura of innocence about them. For instance, they might deny eating a chocolate cookie before dinner, but the trail of evidence ends up in the form of crumbs and some chocolate smeared over their face. However, for parents who do not really have any idea on whether their child is lying to them or not might want to have them sit down with this $399.95 Home Lie Detector Test.

Just how does this Home Lie Detector Test work? It happens to be a USB lie detector kit that will sport digital pulse and skin monitors which will allow one to carry out a polygraph test at home. I suppose it is somewhat like the Spy Gear Lie Detector Kit, where sensors will be applied to a subject’s fingers. As you ask a probing question, the system will then take baseline readings of the pulse rate as well as the skin’s electrical resistance, as it measures the subtle changes, if any, in response to questioning. All data will be graphed and stored in real time using free software, allowing testers to draw their own conclusions. Do bear in mind that whatever results thrown up are not legally binding.