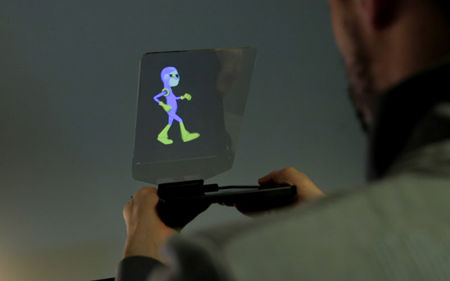 First things first – just which particular category of a consumer electronics device does one place the Holocube HC tablet in? Well, this bad boy will contain an aluminum housing with special coating that helps it to avoid any nasty fingerprints, in addition to a filter so that you will not be able to check out the source screen, while there is also a transparent synthetic mirror that has been angled at 45 degrees, in addition to a solid hinge, as you can see in the image above. Having said that, we still have no idea where to put this particular unique device under, but this does not mean that it doesn’t deserve any coverage.