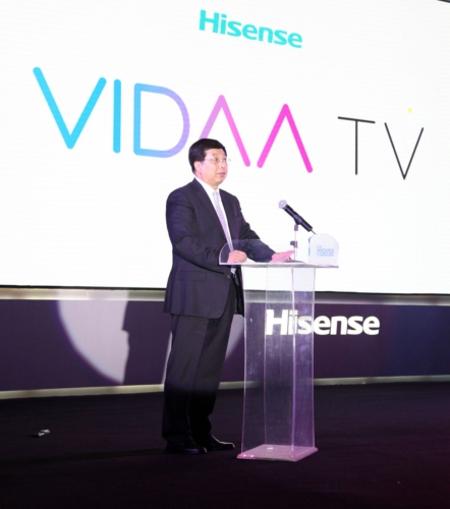 It is rather interesting to see just how times have passed, that it would not make much sense at all just two or three decades back, if you were to ask your neighbor or friend, “Just how fast is your smart TV?” Well, there were no universal remotes and no Smart TV all those years back, and to make matters worse last time, TVs were fat and chunky CRT models, instead of coming in a svelte form factor of today, which tend to lose more and more of their bezels along the way, too. Well, time has certainly brought its fair share of advancements in the world of TVs, where Smart TVs are now the norm for most living rooms. HiSense has stepped forward to the task of rolling out their fair share of Smart TVs, and recently introduced VIDAA, which is a stunningly simple, elegant, yet immensely powerful User Interface (UI) for Smart TVs.

In fact, HiSense hopes that with VIDAA, they are able to deliver easy, intuitive operation of advanced Smart TV features as well as its functionality. VIDAA is capable of simplifying and enhancing a passive, lean-back consumer experience with a new simplified remote control, where they will also see intuitive channel surfing working alongside a quartet of distinct content “silos”, making life a whole lot easier for the entire household to access desired content. In theory that could make android TV boxes obsolete, however those interfaces usually don’t support all streaming services. If you are using a less popular one, a streaming box is still your best bet.

At the VIDAA’s major launch, HiSense’s four silos were specially designated by a specific button on the remote, which represented Live TV, Video On Demand, Media Center for personal content, and Applications. You will be able to navigate easily among the silos and view uninterrupted content as images slide into view. This is a spanking new kind of user interface which was specially designed in order to align with the passive nature of the 10-foot, lean back experience, where it will definitely favor consumption-friendly TV over complicated and controlled interaction. In a nutshell, HiSense has re-invented the Smart TV, hence delivering the world’s fastest Smart TV along the way.