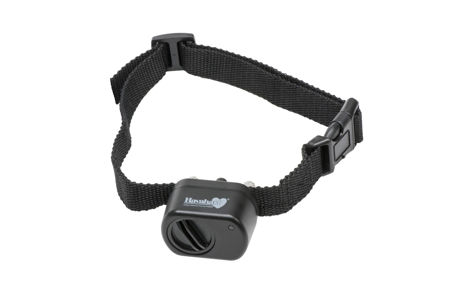 A dog has been said to be a man’s best friend for countless generations, and in an emergency, you would want a dog to be at your side to help you out compared to say, a cat or a hamster, or even worse, a fish. All of the rest aren’t going to help you out in a tight spot, and neither can they bring you out for walks, guide you through treacherous paths, or even take out some cash from the ATM for you. Heck, as a cat to bring you your morning paper and see how it reacts! However, a dog that is poorly trained or not at all can be quite a nuisance, even more so if it barks – a whole lot. Havahart Wireless intends to have a solution to this challenge with the Havahart Bark Stop Collar, which happens to be a multi-level correction instrument ideal for dog training.

The Havahart Bark Stop Collar is a training collar that safely makes use of a series of corrective static stimuli options in order to effectively help reduce nuisance barking, and it claims to do so within a mere week, now how about that? Surely it sounds like a miracle of sorts, don’t you think so? There is a vibration probe that distinguishes the bark of individual dogs which will activate the Bark Stop Collar technology. The sensitive probe technology will be located directly on the dog’s neck, and it is responsive enough to detect barking without being affected by background noise.

The correction works by releasing a warning tone after an initial bark, where it is followed by a low-level static emission, which then initiates a customizable static stimulus preset should the barking persists. There will be seven levels of correction in this collar, and it can be specially tailored to owner preference as well as dog size, age and temperament. Apart from that, the collar will also boast of modified correction levels, including a Tone-Only option. The safety time-out feature pauses the stimuli for a short period following five consecutive corrections within two minutes, to make sure your pooch will not react negatively to it.