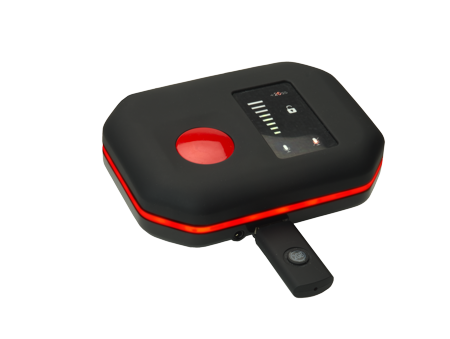 Hauppauge, a name that most of us would be familiar with, is back with yet another device which will further expand its video recorder family after launching their HD PVR Rocket at Paris Games Week recently. You might sit back and roll your eyes, wondering just what the big deal is when it comes to “yet another” video recorder. Well, here is the kicker – the HD PVR Rocket happens to be able to record video game play from PlayStation, Xbox and PC gaming consoles, and it will also be able to do so in Full HD resolution, now how about that? This would make the HD PVR Rocket as the ultimate portable video recorder since it is tiny enough to fit into your hand. Just how light is it? Try 4.6 oz for size.

Recording video is not all that the HD PVR Rocket does, it also comes with a built-in audio mixer and sports a USB port the avid gamer is able to plug in a USB thumb drive in order to record game play. Since USB thumb drives are just about dirt cheap these days, and you will most probably have amassed quite a collection of them from trade shows, a 16GB capacity USB thumb drive is said to be able to stash away up to 4 hours of video game play at an HD resolution of 1080p when plugged into the HD PVR Rocket.

The HD PVR Rocket might sound rather familiar to some, but that is because it follows in the footsteps of the HD PVR 2, which was first introduced in September last year. The HD PVR 2 then was the highest quality video game recorder on the market, but it required either a PC or Mac to store video recordings. With the HD PVR Rocket, you no longer need to take that particular route since it functions as a standalone device, and will not require a computer of any kind to perform a recording.

Expect the HD PVR Rocket to arrive in Europe from November 15 onward, as it bears a recommended retail price of 169 euros, while those living in North America will have to fork out the equivalent in dollars.