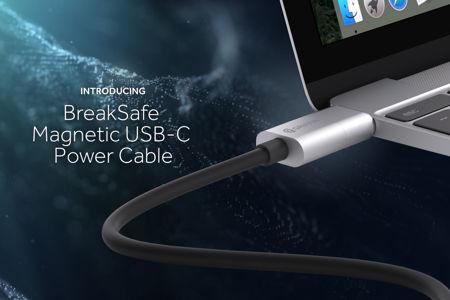 Griffin has its fair share of accessories for the computer – desktop or notebook, but this does not mean that it is a company that rests on its laurels. Having said that, Griffin’s latest products that make use of USB-C’s convenient, reversible connector, they decided that their bestselling desktop accessories, charge cables and adapters should also make room to accommodate USB-C. Apart from that, their spanking new USB-C products happen to be covered under Griffin’s new Guaranteed for Life warranty program. Basically, USB-C is a new kind of USB connection which introduces a common connector across all devices, as it is not only smaller, but also faster and more powerful to boot.

Griffin’s latest accessories, chargers and adapters ensure that it is easy to make a transition to USB-C, ensuring that users no longer need to replace their favorite gadgets way too often. While Apple’s MagSafe connector is formidable enough to have saved millions of laptops from damage caused by tripping over one’s power cord, the introduction of USB-C on new MacBooks does away with this safety feature. Griffin’s BreakSafe Magnetic USB-C Power Cable (that will retail for $39.99) ensures that users have a magnetic breakaway power cable to USB-C compatible laptops, hence bringing back memories of the MagSafe connector.

Sporting a patented quick-release magnetic connector that plugs into a laptop’s USB-C port, it will also safely disconnect from the rest of the cable whenever it is placed under stress or strain from incidents such as tripping over the power cord. The streamlined magnetic connector measures a mere 12.8 mm deep, letting it remain plugged into a laptop’s USB-C port even when not in use. BreakSafe’s included 6’ cable makes it a snap to hook up with the USB-C charger that comes with laptops. Expect the BreakSafe Magnetic USB-C Power Cable to arrive some time in April this year if you’re interested.

Other accessories include Griffin’s USB-C to USB-A Adapter which will retail for $19.99, USB-C to USB-C Cable that will go for $29.99, as well as Griffin’s PowerMate USB-C for MacBook users that costs $49.99.