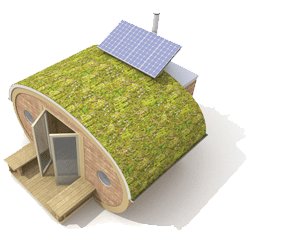 It goes without saying that in this day and age, going green is more or less mandatory if you or your company wants to win brownie points with people around. Sure, we have solar powered cell phones and electric cars as well as the slew of recycling programs that you participate in on an almost religious basis, but what about the home that you live in?
You might have populated it with plenty of energy saving devices, but there is still much that can be done. In this aspect, there are several projects that we would like to draw your attention to concerning a green home, and they are the 365 livingARK, the LandARK concept and the epic 365 ark projects. To know more about them, head on after the jump.

First off, we have the 365 livingARK project that you see above being part of a year long project that will explore the dwelling from a video, audio and textual medium every single day, while picking up more knowledge and information concerning energy consumption and production. The ark will be located in the national forest itself, and it won’t be alone since the team behind it intends to place it with a village for simultaneous digital learning – while the forest surroundings make it the perfect excuse for one to brush up on bushcraft skills and growing your own produce.
As for the LandARK concept that you see below, it was meant to be a semi-permanent structure and hence, there is the rather complex bit of planning for a permanent building which has been reduced, allowing it to be sited at areas of outstanding natural beauty. Taking on the ‘tread lightly’ principle would be key to the design, translating to major groundworks and grid services being ruled out of the picture during the design process. It will function well as either a home or an office, capable of housing up to 8 people as a shorter stay cabin, remaining cosy in winter and cool in the summer. 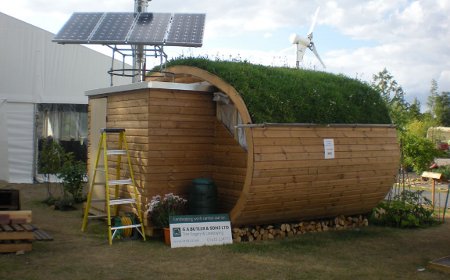 As for the epic 365 ark project, it is a year long social media project that requires £16,000 more in order to make it a reality, but frankly, very little else information is known about it. 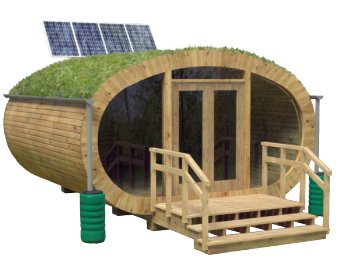 Out of the three, which would best describe your kind of green home? Also, don’t you think they all look the same?