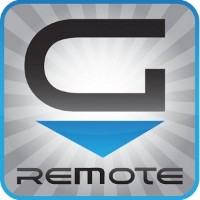 Folks who are rocking to the world of Android smartphones as well as its growing Android Market presence will be pleased to know that there is another innovative piece of software coming your way thanks to Grace Digital, where the company’s innovative remote control application will offer users control over key internet radio functions including power, volume, channel selection, presets, alarm management, not to mention a whole host of other features.
Even better news is this – the Grace Digital Remote Control App is now available as a free download on the Android Market, so you need not worry about forking out additional dough after paying so much for a high end Android-powered device already.

According to Greg Fadul Chief Marketing Officer at Grace Digital Audio, “With Android recently surpassing RIM as the most popular mobile platform in the United States, we are extremely excited to provide remote control functions for not just Apple, but now Android users as well. There are now more than 65 million smartphones in the United States and Grace is proud to say that over half are compatible with the entire family of Grace Digital internet radios, tuners, and streamers.”
Thanks to Grace Digital’s free Android Remote App, users are now able to control one or more Grace Digital radios, all straight from the comfort of their smartphone. It is a snap to navigate through your home’s internet radio setup thanks to the convenience of Grace’s multiple device remote application. Among the other Android Remote App controls include volume, presets, power, station search and alarm settings amongst others.
As for Grace Digital’s range of internet radios which lets one access the world’s leading free internet radio providers, they include Pandora, iheartradio, CNN, CBS radio, NBC, Clear Channel, AOL, NPR, FOX, BBC, Weatherbug, and more than 50,000 radio stations, podcast, and on demand content from around the corner to around the world. Of course, if you’re feeling flush, there are always premium pay services such as Live365, mp3tunes.com, Rhapsody and SiriusXM Internet Radio.
Press Release