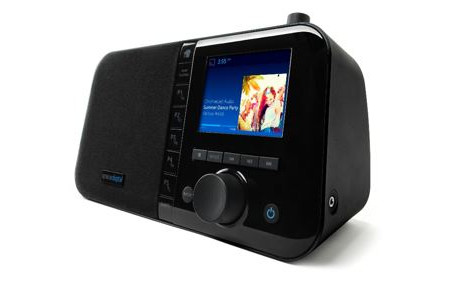 Grace Digital is no stranger when it comes to devices that offer music playback in a myriad of ways. There was the SiriusXM Sound Station in the past, and this time around, a new milestone has been achieved in the form of the Mondo+ , which is touted to be the first internet radio in the world that comes with built-in Chromecast. How cool is that? The Mondo+ basically brings together the functionality of internet radio, an advanced alarm clock, UPnP media player, and Chromecast built-in for audio, which ought to elevate it to an all-in-one radio which users are unable to live without.

With the ability to support the slew of Chromecast audio services, in addition to on-board internet radio services, one will now be able to control the audio streaming onto a Mondo+ through a Google Home device. That ought to make life a whole lot easier and more convenient when it comes to enjoying your favorite tunes.

Integrated Chromecast means one will be able to stream music/tunes/podcasts/playlists to the Mondo+ from over 100 music apps, and doing so is as simple as tapping the Cast button on your favorite Chromecast-enabled apps — regardless of whether the app runs on a compatible smartphone, tablet or laptop. Some of the supported apps include Pandora, Spotify, Slacker radio, Google Play Music, iHeartRadio, NPR, and Tunein, among others.

There is also a multi-room audio feature which enables users to group one or more Mondo+ radios using any Chromecast built-in audio device, in addition to streaming to one or all devices simultaneously. Those who actually own Google Home devices are able to control Chromecast-enabled apps so that they can play, pause, and skip on their Mondo+ with nothing more than the voice command “Ok Google”. The Mondo+ comes equipped with an easy-to-read 3.5-inch color display as well, letting you check out playlists, stations and album art at a glance. Expect the Grace Digital Mondo+ to retail for $199 a pop as it ships later this April.