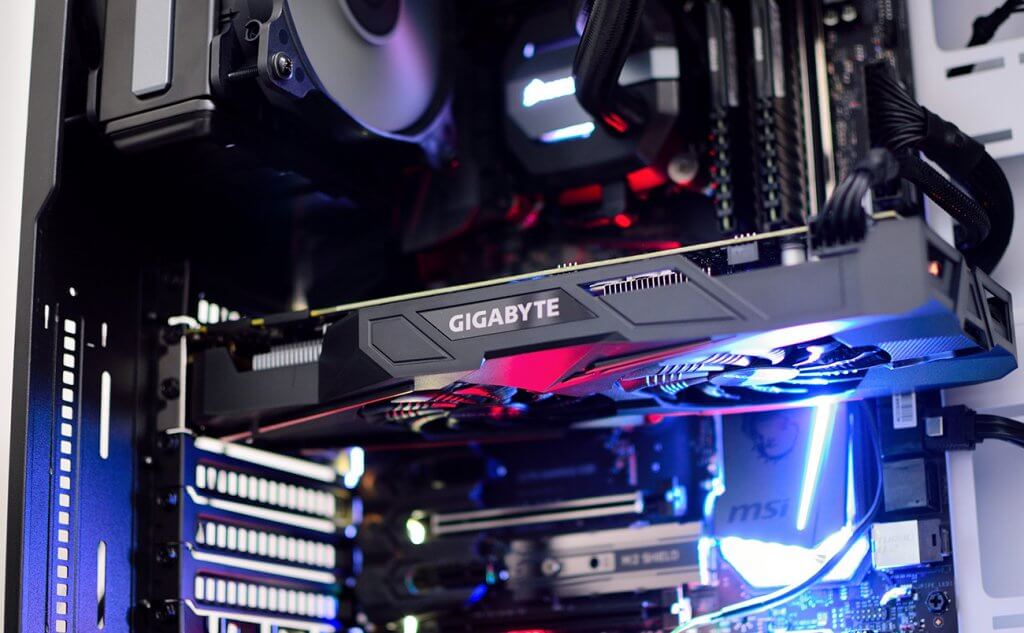 The graphics processing unit (GPU) is the heart of your computer’s graphics card, and is the most important component when choosing performance. However, not every gaming experience is the same, and you need different GPUs for different situations. Luckily, GPUs are rated in a GPU hierarchy which makes choosing the best cloud gaming service or making the right purchase a lot easier.

The GPU hierarchy lists the best GPUs on the market according to their market categories. It shows you the right graphics cards you need to get the best gaming experience out of your computer, but in a way your computer and budget can handle.

The following hierarchy shows the top GPUs heading into 2020.

Every gamer needs good GPU because good graphics performances need for a good gaming experience. As more games become graphics intensive, more people will need an external graphics card to provide that performance. However, a bad GPU can ruin your life as well.

You need a way to way the pros and cons of every GPU on the market so you can get the best one you can buy. You need a robust and accurate GPU hierarchy to separate out the good cards so you can avoid the bad ones.

Despite the benefits, a GPU hierarchy can still lead to a financial and gaming disaster if you let it. You must understand what the list is showing you.

To that end, we will spend some time on what you need to consider when looking for a new GPU and graphics card.

On the top of your list must be your budget. GPUs are expensive. Good GPUs are even more so. You must know how much you can realistically afford before you browse product catalogs. You can then restrict your search, reducing the time and effort you need to find the right GPU.

For instance, if you are not a hardcore gamer, you can save money by going with a GPU which is a few years old but still provides a decent experience. You can avoid the latest release product hierarchies.

Understand the Specs You Need

Before you can buy a graphics card, you must understand what you need from one. You should evaluate your “must have” features. You can then narrow your search down to only those GPUs which meet your specifications.

Gaming needs differ from one gamer ot the next. You may only need a slight increase from your current base system.

Some GPU characteristics you should consider include:

Just looking at a catalog of graphics cards, and you quickly understand why we typically see reviews presented as hierarchies. There are way too many GPUs on the market for even the simplest search. Though, hierarchies can themselves get unwieldy. Thus, we often split them into separate categories.

These hierarchy categories break the GPU list into sublists for such things as “best performing” and “highly affordable”. We do the same below, presenting the best GPUs on the market for 2020 in five different groups.

GPU Hierarchy Category 1: The Top of the Line

The first category we will tackle are the best-of-the-best, top-of-the-line models. These GPUs offer the best gaming experience available today, but they come with steep costs. Be prepared to pay for the privilege of having one of these babies in your rig.

If you want the biggest bang, you cannot go wrong with the Titan RTX. This beast of a GPU easily gives you 4k resolution at 60 frames per second (fps), powered by the equivalent to an Intel Core i7-8700K CPU running at 3.70GHz. It even has more than enough RAM to run any game without bottlenecks.

The GPU is power hungry though. You will need a decent power supply just to turn on your machine with this thing inside. You also want a decently-sized bank account. The Titan RTX will set you back $2499 just to hold it in your hands.

The 2080 Ti offers the smoothest 4k frame rates on the market, and that is before you add the Halo Turing architecture on top of it. Nvidia even put ray tracing on this thing. Plus, it is all run the same GPU architecture as the Titan, but with less memory and speed.

While it has the same chipset, it does not come at the same high price as the Titan. The 2080 Ti will only set you back $1200. It is still priced out of the hands of most consumers though. At least you have some decent overclocking options.

The Nvidia GeForce RTX 2070 Super offers excellent performance While not as fast as the other two, the RTX 1070 Super does provide the power to run VR headsets with jarring artifacts. The GPU is fast enough to reach the 90 hertz refresh rates required by most head-mounted displays (HMDs).

The GPU runs on a trimmed-down TU104 processor under a 2080-sized heatsink. It also has a VirtualLink port for contacting your computer to HMDs. While not really useful today, this hearty GPU offers its excellent performance without NVidia’s “Founders Edition tax”, priced as low as $500.

While not as good as the first category, these GPUs still provide excellence performance characteristics, but at more affordable prices. All these cards can easily handle 30-60 FPS 4K resolutions. They still come at high costs because of their HBM2 memory capacity.

While a power-hungry, the GTX 1080 Ti GPU provides excellent gaming performance to handle anything modern software can throw at it. You will even find it coupled with enough RAM to run without any bottlenecks.

Always coupled with 8 GB of 256-bit GDDR5 video memory, this GPU can handle even the most intensive gaming sessions. It can run 8k displays at 60Hz. You can even overclock it to 1721 Mhz to get the most out of your gaming experience.

As another power-hungry GPU, you also want a good power supply with a RX Vega 64. At least, most models feature 8192 MB RAM, which is more than enough to handle today’s games. The Vega 64 can overheat at max load. So, you may want a decent cooling case fan system as well.

Not everyone can dump thousands of dollars on a graphics card. Still, most people need a high-end experience for their gaming. To fill this role, Both Nvidia and AMD provide several mid-range GPUs with solid quality performance characteristics, but without the high prices of their high-end models.

These mid-tier GPUs can handle any game on the market, making them the most popular GPUs out there. They can do 30 to 60 FPS with ease even at 2K resolutions, and they perform even better at 1080p.

A fine GPU with fine specifications, the GTX 1060 offers everything you need for a great gaming experience. Typically paired with 3 GB 192-bit GDDR5 video memory, this GPU clocks in at 1506 MHz which you can overclock to 1708 MHs, making one of the fastest mid-tier chipsets.

This very capable GPU can easily do 1440p and 1080p resolutions at either 50 and 60 fps. Sure, you must disable antialiasing, and use less ambient occlusion and shadows, but your game should flow like it is on a top tier rig. Plus, this GPU usually comes with 8192 MB of RAM, enough for any game. View Current

While considered budget-tier, the RX 570 offers enough performance to reach mid-tier. It can easily handle 1080p graphics at any frame rate, making it one of the GPUs for those who what high-end gaming but do not want to pay for it. Plus, it comes with enough memory for all your needs as well.

When money is no object, you can get the best of the best. While you cannot the same high performance on a budget, you can still get a decent quality GPU and gaming experience. These cards support 30-60 FPS at 2K resolution or 1080p without issue.

The GTX 1050 Ti provides decent graphics performance on reasonable power requirements. It will also not overheat even at max load, making it easy to cool and keep under control. It does not come with a lot of memory though. So, you may still have a few latency issues.

While it comes with less memory than the Ti version, the GTX 1050 is still a capable GPU with reasonable power and cooling requirements. You might not be able to play the most graphic-intensive titles, but this GPU will still let you play most modern games.

Perfect for budget PCs and less demanding games, the RX 560 has a great price to performance ratio, making it competitive in the budget tier. It has reasonable and efficient power and cooling requirements as well.

There are some truths in life. One of them is that you get what you pay for. That reigns true even on a GPU hierarchy. Here at the bottom of the hierarchy, we find the cheapest GPUs on the market. They will not handle most games, but they do enough to get you an enjoyable experience, even if you are stuck with just 30 fps.

Both of these GPU cards offer only the bare bones needed to get graphics on your computer, but they may still be worth getting. Whether it is for a legacy build or a good, low-budget gaming machine, these GPUs got you covered.