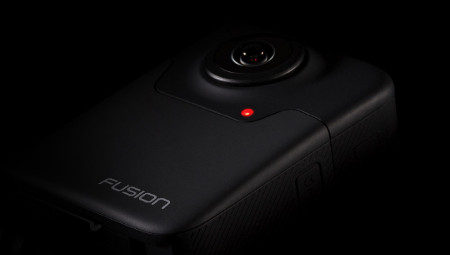 GoPro is no stranger to many of us when it comes to action cameras. In fact, it would be the “go to” brand where action cameras are concerned, and professionals as well as amateurs alike would love to capture the exhilarating experience of a downward slalom or a whitewater rafting session using a GoPro device. However, it is time to expand upon GoPro’s family of devices, and the all new GoPro Fusion is about to be a reality soon. Right now, GoPro has shown off a brand new pilot program for its 5.2K spherical camera, the GoPro Fusion.

Content professionals would be among the very first few who would be able to take advantage of GoPro’s spanking new camera when it comes to virtual reality as well as OverCapture, and that is definitely not all. This particular 5.2K spherical camera has been specially designed in order to be the ultimate capture device when it comes to fully immersive virtual reality content in addition to conventional non-VR video and photo formats.

Basically, professional content creators are now able to apply to participate in the pilot program which is tipped to roll-out some time in the summer of this year. We are curious to see the reality that is about to unfold before our very eyes, based on what GoPro founder and CEO, Nicholas Woodman, shared, “Fusion is just that, the ability to capture every angle simultaneously…as though you had six GoPro cameras fused into one. Whether filming for VR or traditional fixed-perspective content, Fusion represents the state-of-the-art in versatile spherical capture.”

It will definitely ensure Fusion’s place in the annals of action cameras, where it offers the ultimate spherical capture solution when it comes to innovative, envelope-pushing content creators. There will be a limited commercial release of Fusion before the year is over, and we do look forward to pricing and specifications details when that happens.