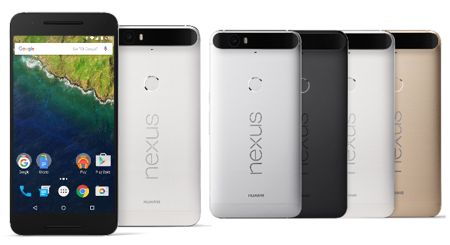 Google actually did not roll out just one, but made two announcements where smartphones were concerned yesterday. Of course, we have already covered the LG-made Nexus 5X then, not wanting to overdose you with too much Nexus news, we decided to remain hush on the Nexus 6P until today. This particular handset will be larger in size as opposed to the Nexus 5X, and it rolls off the manufacturing lines of Huawei, which so happens to be the third largest smartphone manufacturer in the world at the moment.

If there is one thing about the Huawei Nexus 6P, it would be this – the all round metal unibody form factor certainly helps it ooze with some sort of premium air around it, and although it might seem to be a wee bit heavy, you would be surprised at how light it is when you pick it up – I suppose it is all about the balance, just like Mjolnir, Thor’s hammer. A wee bit lighter compared to its predecessor, it might be hard to tell unless you have a bionic hand that is capable of measuring the weight of things in your grip.

I suppose most of us would be interested to find out just what lies within the 159.3mm x 77.8mm x 7.3mm chassis that tips the scales at 178 grams? For starters, the 5.7” display is brilliant by itself, where it will be protected by Corning Gorilla Glass 4, so you can have that added peace of mind just in case you happen to be a bit rough with your device. It will run on a 3,450 mAh battery that should keep it chugging along for the better part of the day, while USB Type-C has been incorporated for fast charging capabilities. At the back lies a 12.3MP f/2.0 camera, while the front is capable of handling 8MP selfie shots without missing a beat.

Above all, there is a Qualcomm Snapdragon 810 processor that runs at 2.0GHz where its octa-core 64-bit heart is concerned, accompanied by an Adreno 430 GPU. Sounds like it is pretty much maxed out and ready to go!