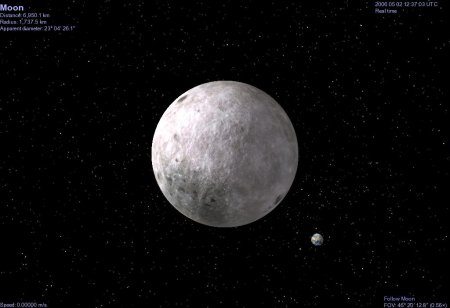 Google seems to be dipping their fingers everywhere these days, with the latest news confirming the Internet giant’s sponsorship of a cool $30 million in a robotic race to the moon, in conjunction with a competition organized by the X PRIZE Foundation. $20 million of that prize money will be given to the first team that successfully lands a privately funded spacecraft on the moon, and this is only after it performs certain tasks. The second prize will be worth $5 million, while bonus prizes make up the remaining $5 million such as finding lunar ice. Sounds pretty much like a video game quest to me, except that the cold, hard cash from Google is very real.

This ‘little’ incentive also requires a safe landing on the moon, where the winning rover must be able to travel at least half a kilometer while transmitting a specific set of high-definition video images and data back to earth, which (surprise, surprise) will be broadcasted by Google. This challenge also hopes to address the prohibitively high costs of sending someone into space.

According to Peter Diamandis, chief executive of the X PRIZE Foundation, he mentioned that the ultimate goal of the competition is to stimulate the development of low-cost methods for robotic space exploration. He said, “The use of space has dramatically enhanced the quality of life and may ultimately lead to solutions to some of the most pressing environmental problems that we face on earth – energy independence and climate change.” Sounds as though when we humans have stripped the earth of its resources and have nowhere else to turn to, lo and behold space travel beckons, allowing man to colonize the moon. It was pretty much science fiction back in the 70s, and still remains so to this day as there is nowhere in the universe as habitable as the earth at this point in time (either that or other planets similar to earth’s makeup have yet to be discovered).