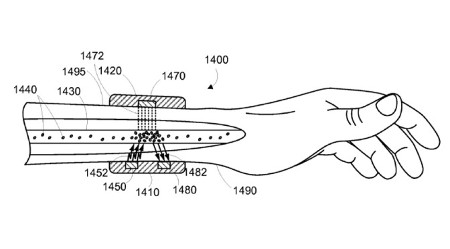 It does look as though cancer is a modern day medical scourge – I am very sure that all of us have at least one member of the family who has succumbed to this particular disease, and it is no cakewalk either for the caretakers. If there was some sort of super, all-round cure for the different kinds of cancers that have raged through humanity for the past few decades, then it would definitely be the best selling drug, or at least, one of the best selling pills out there in the market. Reality is very different though, but it is fair to say that cancer is not the death sentence that many expect it to be today as opposed to several decades ago. Google too, wants in on the fight against cancer, as the search giant has just filed a patent for a cancer-targeting wearable.

Basically, Google’s filing for a new patent which will cater for a wearable that will be able to detect and destroy the painted cancer cells. In the patent, it does provide a description for a Calico developed device which “can automatically modify or destroy one or more targets in the blood that have an adverse health effect”. Among them would include the likes of proteins, enzymes, cells, hormones, or other molecules which could very well affect health whenever they are present in one’s blood.

Not only that, this particular wearable will also be able to modify or destroy the offensive cells by transmitting energy into blood vessels. How is this achieved? Through the use of radio frequency pulse, time-varying magnetic field, acoustic pulse, or infrared or visible light signal. The energy will help to provoke a physical or chemical change in the targets in order to combat various kinds of illnesses, and that will definitely include the likes of cancer.

Google also has the faith that this device will also target Parkinson’s patients, since there has been several proteins that have been singled out as a partial cause of the disease.