Know somebody that enjoys spending time in the great outdoors, our latest gift guide should have a gadget especially for them. 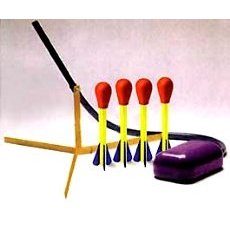 I got one of these as a gift earlier in the year and they are great fun to play with down the park, the Stomp Rocket

Stomp® on the Launch Pad and a blast of air propels the Stomp Rocket® over 200 feet in the air! The kit contains 4 rockets with the OG-1 Nosecone. The Ultra is designed for ages 8 and up. 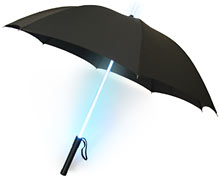 Umbrellas are normally boring, but when the shaft looks like a light sabre then they are pretty cool, here is the LED Umbrella.

Even if you don’t live in a quasi-futuristic Los Angeles, and aren’t a Blade Runner, you can still have the coolest umbrella on the street. With a push of a button, the shaft lights up, illuminating you and your path. Now, even in the darkest of nights, you’re a lot more visible to the cars on the street, making your long walk home through the rain a lot safer.

Enjoy carefree cooking with our wireless remote cooking thermometer.
Grilling on the BBQ is a great way to entertain. Constantly standing next to the grill, however, is not. Now you can have the freedom to mingle with our remote meat thermometer for BBQ. A voice prompt alerts you when your entrée is “Almost Ready” and “Ready.” It’s one of the hottest BBQ gifts you can give! 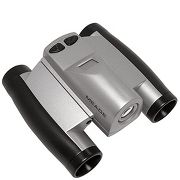 It might be fun spying but if you want permanent evidence you’ll need some Picture Taking Binoculars.

These improved 8X magnification binoculars capture a clear digital picture of what you are viewing for easy, long-range snapshots at the touch of a button. 16 MB of memory can store up to 360 photos at very high resolution (640 x 480) or 200 seconds of continuous video. 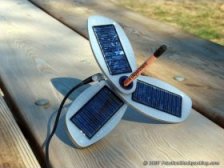 You are out in the sticks and your gadgets run out of huice, what next? Phew, thank goodness you had the Solio Universal Hybrid Solar Charger with you.

The Solio universal “hybrid” solar charger is powerful enough to charge all of your handheld electronic products at home or on the move. The Solio works by absorbing power from either four hours in the wall socket or 8 to 10 hours of direct sunlight, and then storing the energy within its internal battery. Once the Solio’s battery is full, you can use the unit to charge your cell phone, iPod, MP3 player, PDA, game player, GPS, fish finder, or digital camera, making it a powerful all-in-one battery charger.

Don’t get lost when you’re out exploring, take along the Navigon N100 LOOX Portable GPS Navigator, it currently has a 76% discout 🙂

Advanced GPS navigation in the palm of your hand. Other serious navigation products say they’re pocket-sized. Meet the first advanced navigation device that makes good on the claim. The Pocket LOOX is souped-up navigation in a featherweight package. It has an intuitive user interface, easy-to-follow 2D and 3D map views, clear voice guidance, and advanced features that no one else has such as Lane Assistant and Branded Point of Interest icons. Other sophisticated features include automatic speed warnings, road sign text, and a screen display that is viewable in portrait or landscape modes.

Spending outside is all well and good but when it’s freezing cold it can take the fun out off things. This is where the ActiVHeat™ Heated Jacket could really help.

Enjoy the advantages of multiple layers, without the bulk. Instead of peeling layers on and off, you can adjust to warmer or cooler temperatures with the simple press of a button. No matter how conditions change, you can keep your body at a safe, comfortable temperature. 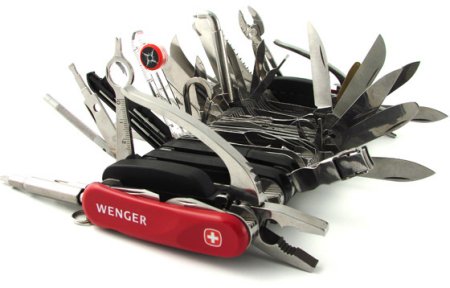 This unique special edition knife contains all 85 tools currently produced by Wenger (Maker of the Genuine Swiss Army Knife). These 85 tools can be used in over 100 functions and it’s the World’s Largest Swiss Army Knife. It’s not exactly going to win any awards for lightest, smallest or most efficient tool but it probably will win you the title “King of All Gadgets”. And even though this knife is a monster, weighing almost 3 pounds, don’t worry – it does have a key ring so you can carry it on a belt loop.