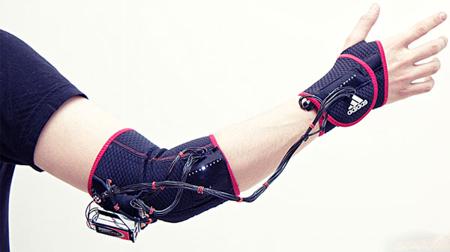 The London 2012 Paralympics was definitely a success, and a celebration as well as triumph of the human spirit despite being physically disabled in certain aspects as China romped to the top of the medals list while setting a new record in the number of gold medals amassed, with Russia following in second place. Well, the Paralympics do see quadriplegics fire rifles, toss a ball, in addition to the blind running, jumping, and even swim. Training is definitely rigorous to say the least, and the difference for blind folks would be the quadriplegic athlete himself or herself will need to learn the correct muscle motion through the study of the movement of others, and the blind lack such and ability. Trainers will need to approach the situation for the blind from a different angle, usually by directly moving their arms and legs so that the repetitive motion can be embedded into their muscle memory. Enter the Ghost system that has every intention to make the coaching job easier, which we will talk about in the extended post.

There is this bunch of brainy researchers over at the Imperial College London in the UK (they would not be researchers if they were brainy, would they?) who managed to develop a vibrational feedback device which is capable of teaching blind people how to perform precise repetitive movements without the need for a human coach hanging around, hence the name, the Ghost system. Hopefully the world of the paranormal would leave these athletes alone during their training, otherwise it would really be a freaky experience!
The Ghost system basically memorizes specific movements when demonstrated by a trainer, where the athlete will then get to work by repeatedly practicing those movements as the Ghost monitors their accuracy and later on, delivers the relevant guidance using vibrations and audio cues.
Apart from that, the Ghost system is capable of import motion recordings that were recorded from star athletes, in an effort to assist the blind in reproducing techniques which will help one win medals in the Olympics. This particular system was originally designed for blind athletes only, but we do see the technology being used to help assist folks who are recovering from a stroke or other neurological conditions.
Source