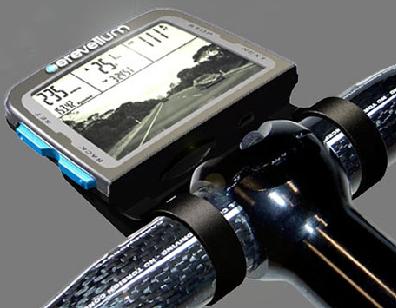 I used to do a lot of biking when I was younger. I grew up in a relatively small town, and it was just as easy to get around on your bike as in your car. So as long as it was warm, I would save the gas and pedal my way around the city. The only incident that I ever had was when I was riding on the outskirts of town and someone drove up behind me and became impatient with my speed and proceeded to run me off the road. I ended up face-down in a culvert, which is no fun at all. Had I been able to see behind me properly, that might not have turned out so bad. Those boring old rearview mirrors never seem to work very well, however, I would have taken this gadget in a heartbeat.

The Cervellum Bike Digital Rearview Mirror features a cam and a small screen that shows you everything directly behind you. What’s really cool is that when it hits production (it’s only a prototype for now) it will have options such as GPS and a heart rate monitor. All that for around $200, not too shabby.