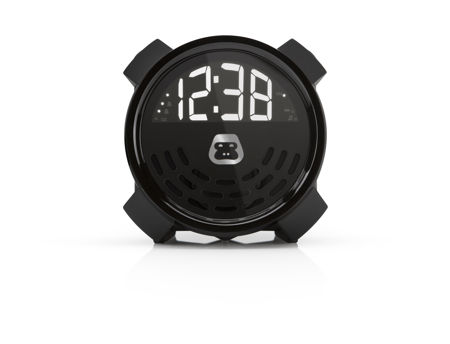 Smartphones these days do seem to be a whole lot hardier than they were in the past, and for good reason, too, especially when you take into consideration how better quality materials have been used in the manufacturing process to deliver that premium look and feel as opposed to shiny plastic that tends to crack or even discolor after a while. Having said that, the world of alarm clocks have not really changed all that much significantly over the years, but there has been improvements made here and there to make the alarm clock more useful – and in some cases, such as with the G-Buzz, tougher.

G-Project happens to be a company that is specially dedicated to evolving accessories when it comes to smart devices which would be on the receiving end of a “ruggedization” process, ensuring that whatever device that goes through their hands are more than capable of being ready to rock and roll in the real world. Here we are with the G-Buzz, which is best described to be a rugged, portable alarm clock complete with an FM radio as well as delivering USB phone charging capability, now how about that? Those who are interested in picking up the G-Buzz will be able to do so from the likes of Walmart, Amazon.com and on G-Project’s very own website for $29.99 a pop.

It does not really matter just what kind of place that you will bring the G-Buzz to, as it ranges from dorm rooms to camping trips, as the G-Buzz is said to be the perfect alarm clock that will be able to help one wake up as well as go to sleep in double quick time. All right, so this alarm clock does not come with any kind of aroma diffuser, but it still packs quite a punch with its range of sleep and wake up sounds.

Expect the G-Buzz to run on a standard AC adapter, and you also have the option of having it being powered by a quartet of AAA batteries whenever you travel to a remote area.