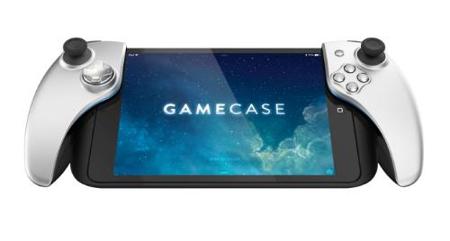 When the iPhone 5s was first announced, one of the things that blew away the audience was the fact that its 64-bit processor, working in tandem with some great coding, could deliver some high quality graphics in a game. Of course, a full touchscreen display is not going to be optimal when it comes to some of the more complex games out there, not to mention you would always have a finger (or two) appearing on the display, blocking out your view in select parts that might just dampen your portable gaming experience. What is needed would be a physical controller, and this is where the GameCase iOS game controller comes in handy.

The GameCase is meant to propel mobile gaming to unprecedented heights, where it will redefine the way games are played on the iPad as well as iPhone. Harnessing the power of iOS 7 as well as Apple’s new MFi controller framework, you can more or less say that GameCase is here to usher in a new era of mobile gaming. Whenever you game on your iOS 7-powered device with the GameCase hooked up, it offers a natural and familiar console quality feel. Sporting a couple of analog sticks and tactile buttons, it would be able to provide an increased level of accuracy and precision.

Apart from that, there is also a thoughtfully crafted design as well as non-slip rubber surface which will alleviate fatigue, paving the way for hours of comfortable and competitive play – as long as your device’s battery lasts, of course. Right now, GameCase and iOS developers are working together in order to roll out exciting new games which will be able to take advantage of the device’s incredible features.

There is still no word on pricing just yet, however, but would you be willing to pick up the GameCase when it is finally made available to the masses?