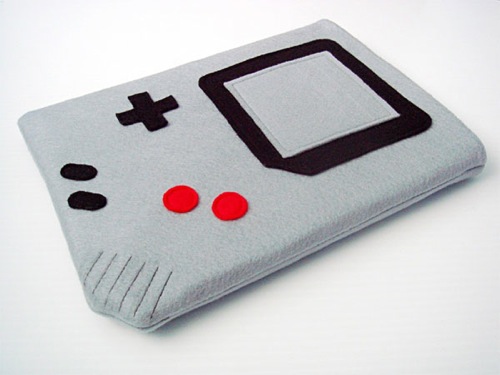 No gadget is ever quite complete without a Game Boy themed case.  If there isn’t one available, then clearly it’s not an important gadget.  Thankfully the iPad has officially been declared important enough to have a Game Boy case.  Sure, it’s not something that’s exactly massed produced, but at least it can be purchased through the lovable Etsy.

The sleeve is pretty basic, it was all sewn together by a machine.  It’s not something that was hand done.  Even the little buttons were attached by using the sewing machine.  It has all of the fake buttons a Game Boy is expected to have like A and B as well as Start and Select.  It looks nice and squishy on the inside, so it’s likely that this will adequately keep your precious iPad safe.  You can purchase the case for $34 through Etsy.