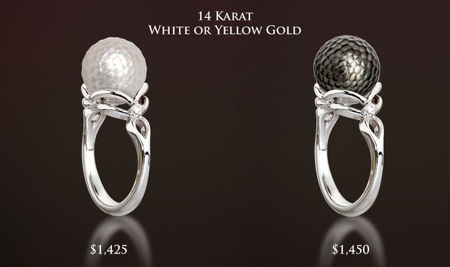 They say that diamonds are forever, but what about pearls? These certainly have their fair share of luster, don’t you think so? Well, having said that, this is the reason that the Galatea Smart Pearl has been thought up of, making sure that you not only look good while wearing it, but the benefits of doing so extend far beyond that of mere aesthetics. The Galatea Smart Pearl is touted to be the first of its kind in the world, and it has arrived over at Kickstarter in an effort to ensure that enough funding can be raised for it to become reality.

Just what is the Galatea smart pearl all about? Well, for starters, this is first and foremost a cultured pearl, and apart from that, it will also come with an NFC chip that will play voice, images and text on Android-powered handsets, now how about that? Some might think of this to be travesty, mixing up technology with fashion, but Galatea is beyond such an idea, as the company has made a name for itself in revolutionizing cultured pearls.

Calling it the Momento Pearl, the entire Kickstarter campaign intends to raise a whopping $50,000 which will then allow them to used to manufacture the jewelry and enhance the collection with new designs and line extensions in 2015. The Momento Pearl is truly a unique piece of wearable technology, where it merges the beauty of a traditional piece of precious pearl jewelry alongside the science of near field communication (NFC).

In other words, the Momento Pearl can be said to be the 21st-century version of a cherished locket. Inventor and Galatea founder Chi Huynh shared, “This is where the future of jewelry begins. A person can ‘live’ in this pearl forever, as it holds the voice and memories of a loved one.”

Each Momento Pearl will carry a small chip that reacts when it is held near an Android phone with NFC capabilities, where it then stores the likes of voice messages, images, texts and web links that can be played whenever the pearl touches the handset.