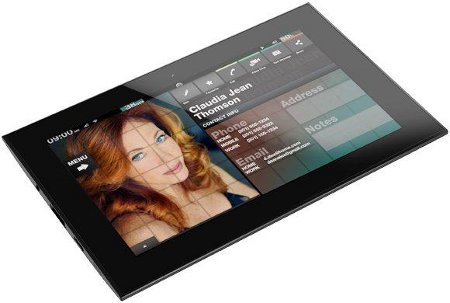 Just how much do you think a tablet should retail for on average? Of course, when you talk about hot stuff like the iPad 2, then half a grand seems to be reasonable, but how about those devices from less famous manufacturers? Surely you have heard of Fusion Garage before somewhere, where the company came up with the Grid10 tablet. It seems that even before the tablet has started to ship, it has already received a price cut.
Yes sir, imagine your wares getting slashed from a reputable $499 all the way down to $299 – and when you think about it, it might as well be a “Buy one at $499 and receive two FREE HP TouchPads!” promotion, considering how HP decided to introduce a really massive price cut to just $99 for the 16GB Wi-Fi only model of their now defunct TouchPad, not too soon after it was released. Well, I certainly hope that the Grid10 will not call it quits so soon, even before it is released! Surely there is a method to this madness?

Word from Fusion Garage pointed out that this price cut was not because the company is desperate to sell their tablets – but rather, it is due to Fusion Garage’s ability to negotiate a better supply chain pricing from its manufacturing partner. Guess the $499 price point was just fodder at the beginning, as in the background, Fusion Garage was working with its ODM on the price point for months, with the intention of announcing the new $299 figure at an August 15th product launch.
Negotiations did not progress as intended, so there was no way an announcement could be made public – at least, until today. I suppose with the new $299 price tag, we will look at it differently and see whether it offers plenty of bang for your hard earned buck in that category, instead of duking it out with the iPad 2 at the premium segment of things.
Shipping of the Grid10 will commence on October 1st because of a two week shipment delay that was created in waiting for the new criteria in Adobe Flash Player 10.3 to get approved under the DCTS testing process. You can check out an interview with Fusion Garage’s CEO on the situation – so it seems that the Grid10 won’t be biting the dust anytime soon, which is always a good thing.
Source