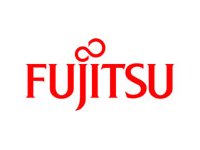 Fujitsu, a plasma display pioneer, has decided that they have had enough of the plasma TV business and has taken the decision to quit it, no doubt with competitive pressures from lower cost LCD panels being one of the main reasons. Isn’t it ironic that Fujitsu was the first company to introduce plasma TVs to the world? It would be somewhat like having Ford stop manufacturing automobiles altogether. According to Fujitsu of Japan, they will stop producing plasma TVs due to the cold hard fact that they cannot make enough money at it, let alone profit. It does make me wonder though – how about the other companies that still roll out plasma TVs? How are they doing it in order to stay afloat?

It must be a pretty sad day as Fujitsu use to offer a wide range of plasma models, but in recent times they have scaled back their manufacturing to offer just a handful of high end units that are available on an exclusive basis via European and US retailers. In 2005, Fujitsu sold off control of a plasma joint venture to Hitachi. According to Fujitsu General’s statement, “During the past several years, the pricing and profitability of this segment has compressed beyond the point which our company could realize a satisfactory return on investment.”

The plasma business will see a closure by next March at the latest – at least it won’t be during the Christmas holidays as plenty of people won’t like being jobless, especially during the festive season. Hopefully Fujitsu will retain their employees by rearranging their human resources. Word has it that the company will be focusing on other businesses such as the heating and ventilation markets. Guess folks who are looking for more plasma TV choices will now be even more disappointed with another player biting the dust. It looks as though LCDs are the way of the future, so if you’re seriously considering your next TV purchase, you’d best stick to the LCD side of things instead of plasma.