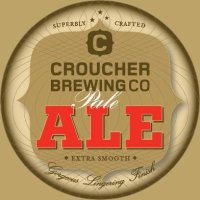 Well, sort of anyways. I know that any self respecting Coolest Gadgets writer will definitely jump at the opportunity to win a lifetime supply of free beer (never mind the Dow dropping more than 300 points on Friday – after knocking back a few pints of Guinness, all your sorrows will be washed away albeit for a moment). Here’s the chance for you to seize this opportunity as the Croucher Brewing Company in Rotorua, New Zealand, is offering a lifetime supply of free beer to get back a stolen laptop than contains financial records, contract details, and other proprietary information of the company. Who knows, that piece of hardware might even hold the recipe for its Belgian Blonde ale?

A successful recovery would net the Good Samaritan a 12-pack per month for the rest of their natural lives – that’s pretty skimpy when you think about it since most people will probably go through that in a couple of days or even one should the partying get hard and heavy. No idea on whether this laptop still remains in New Zealand, or has it been smuggled out of the country by now? Granted, the chances of recovering this lost laptop would be pretty slim (unless the thief him/herself finds the reward tantalizing enough to come forward and claim it), but at least you can’t blame the Croucher Brewing Company for the lack of trying, offering a really innovative reward at that.

I can only imagine what happens when some corporate bigwig gets careless and loses the laptop – the company will certainly need to come forward with an extremely innovative reward in order to secure its trade secrets stored within. What if Intel wants a laptop back? Does this mean the person who hands in the laptop will benefit from a lifetime supply of new chips as each one is released? Now that would certainly be every computing geek’s dream. All I know is, the executive who lost his/her laptop is definitely in hot soup due to negligence on his/her part. Whatever happened to data encryption in laptops containing sensitive information to prevent panic should it get lost? There are valuable lessons to be learned here, and among them includes yet another method to get drunk for cheap (or free in this case).