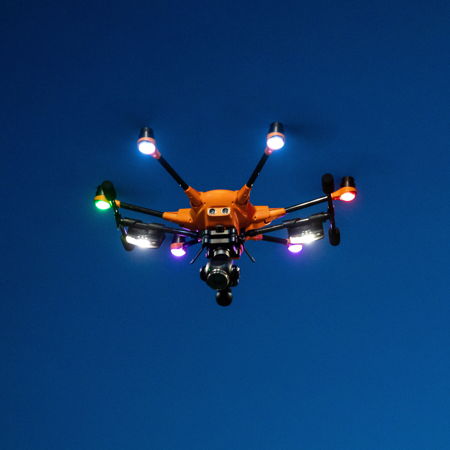 When it comes to drones, there are many different kinds of available models for one to choose from, including the budget oriented ones all the way to high end models that would cost far more than a second hand car. Apart from that, not all drones would take off to the air in a split second, others are used to explore the underwater realm. However, for drones that take flight, FoxFury Lighting Solutions has something special that will enable its Rugo light to be used as a drone mounted lighting solution. The mounts are made available for DJI Inspire 1 and 2, DJI Phantom 4 and 4 Pro, along with the Yuneec Typhoon H and H520 drone models, now how about that for versatility?

Best of all is, the Rugo drone mounts will not require any kind of tools in order to work, where it can be attached and removed in a jiffy. Apart from that, the mount will also boast of a 360-degree rotational swivel which enables the light to be positioned at virtually any angle.

First, there is the Handlebar/Drone mount for the DJI Inspire 1 and 2 drones, where it will be sold as a single item due to the fact that this particular mount is able to fit a variety of items (including bicycles and select drones), and a couple of these bad boys are required to be used with the DJI Inspire drones. Then there is the Rugo Drone mount for the DJI Phantom 4 and Phantom 4 Pro, which will also be sold as a set of two in order to provide balance on a drone. As for the Rugo Drone mounts for the Yuneec Typhoon H and H520 models, the same can be said for these, being sold in a package of two in order to balance out a drone when it takes flight.

The next time you would like to bring your drone out to fly at night or when the sun sets, why not make sure it is equipped with a Rugo drone mount and the right kind of light?