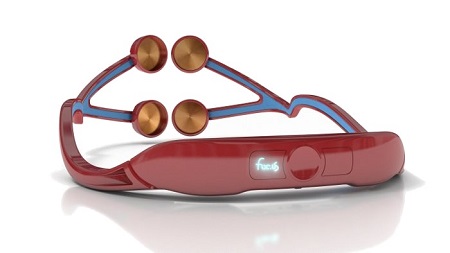 I’m a bit of a computer nut, and I love tinkering with new hardware. It’s fun to get a new piece of equipment in, and see just how much of a difference it makes on your system. It’s also a lot of fun to see how far you can push it. If you want to maximize your performance, you can do something called overclocking, which makes the processor run faster than it was originally meant to. This is especially helpful when you want an older machine to still perform like new. Now if only we could do the same thing for our brains.

According to FOC.US LABS, you can actually push your brain to perform more quickly. They have developed a specialized headset to do this very thing. The foc.us headset is supposed to help your synapses fire faster by using a method called Transcranial Direct-Current Stimulation. This sends small amounts of current into your brain, and is used to help stroke victims.

So what is the point of “overclocking your head”, as they put it? They are marketing this as a device for gamers to use. The idea is that the faster your brain can process information, the faster you can react. While this seems like a logical conclusion, I don’t really feel like zapping myself in the brain to get a competitive edge. If you think it’s worth a potentially fried brain, then you’ll need only lay down $250 to get your own.