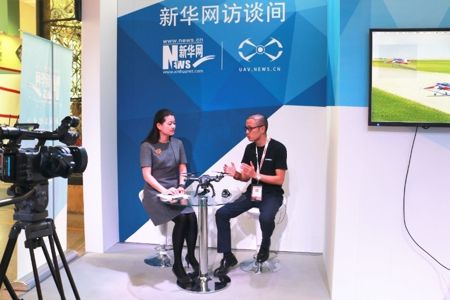 Drones are said to be an industry that is fast catching on, that is for sure, and you can see so many different sites about drones popping up all over the place, with various forums kicking off on this relative newcomer to the consumer electronics scene. However, not all drones are smart, although many of them in the new generation are a whole lot easier to fly compared to the first generation models. Hobby Expo China 2016, which happens to be the largest and the most influential professional model exhibition across the Asia Pacific region, saw hobbyist drones take center stage there, and Flypro took advantage of the situation by showcasing their next-generation intelligent drone for hobbyists.

Known as the XEagle, this particular drone has been deemed to be an intelligent unmanned aerial vehicle that was specially developed for the outdoor sports and tourism markets. Having said that, you can be sure that it will not run short on features, as it boasts of a wide range of innovative functionalities, ranging from voice control to one-button control on a smart watch, automatic obstacle avoidance when flying at high speeds, an intelligent moving camera with a cradle head and multiple security protections.

Flypro CEO Lin Hai also mentioned in an exclusive interview with Xinhuanet that the company will continue to focus on developing innovative technologies that are in demand by hobbyists. The new Flypro drones have been specially designed and developed to include AR, VR, glasses-free 3D and varifocal sports cameras, in addition to various other innovations, resulting in high-tech, conceptual designs being placed into the hands of consumers so that they can meet the demands of users. Hopefully these will also be affordable to the masses and not burn a huge hole in their pockets as well, seeing that it is Made in China after all.