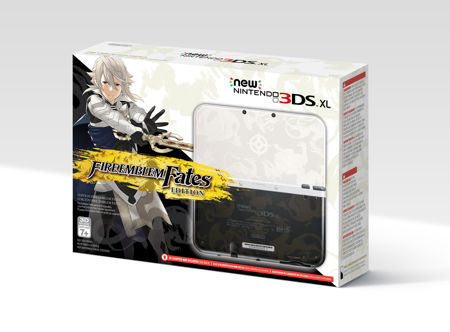 When it comes to portable gaming consoles, there is one particular name that has remained stuck in the minds of many, and that would be Nintendo, starting with their iconic Game & Watch titles of yore, before moving on to the Game Boy and then the Nintendo DS, with the Nintendo 3DS XL being the latest model of the series. As you should know by now, Nintendo is not shy to roll out different kinds iterations or special edition versions of the same console, and many different people happen to bite on their bait as well. This time around, we have a special Fire Emblem Fates Edition New Nintendo 3DS XL system that will launch this coming February 19, where it will also be accompanied by a Collector’s Edition for Bravely Second: End Layer, that will include the upcoming sequel to the acclaimed Bravely Default game that launches on April 15.

The Fire Emblem Fates Edition New Nintendo 3DS XL system (if you would like the game, it will be sold separately) that launches this February 19 will sport a sticker price of $199.99 a pop, where it features gorgeous art that has been inspired by the game on the front of the hardware. Players will be able to pick from one of two versions when the Fire Emblem Fates games launch on the same day at $39.99 a pop.

Fire Emblem Fates: Birthright will see players battle a corrupted king, whereas in Fire Emblem Fates: Conquest, a misguided kingdom will need to be renewed and changed from within – sounds familiar like many different political situations around the world today? Each path will be a complete story and a complete game, and if you were to play both, you will see two different sides of one brutal conflict. Upon completing Chapter 6, players will then be able to choose to download the other version of the game and experience a new adventure for only $19.99.